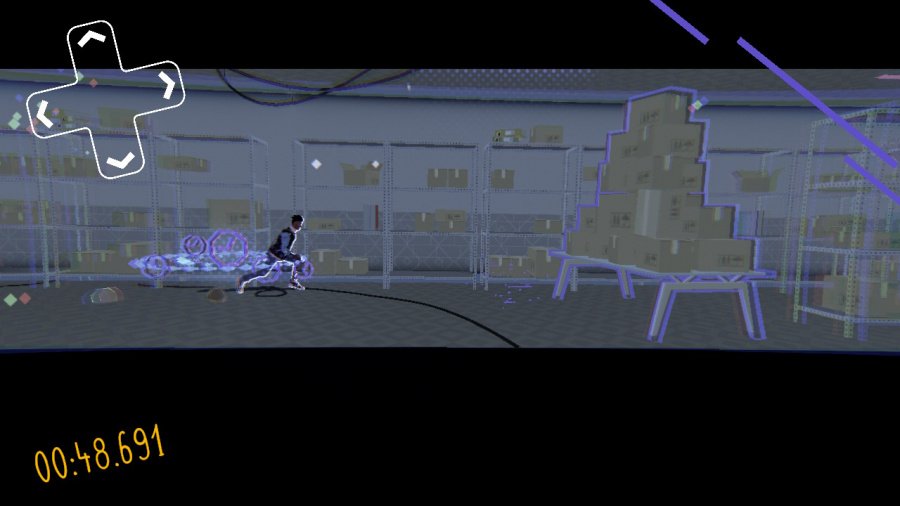 If there’s one thing that Aerial_Knight’s Never Yield has got totally nailed down, it’s a seriously funky sense of style. This is a super cool side-scrolling runner from Neil “Aerial_Knight” Jones that really does look and sound the absolute business. However, it’s also one that’s somewhat lacking in the gameplay department, making for a rather fleeting experience that, with a few tweaks here and there, could have been so much better.

In Aerial_Knight’s Never Yield, players assume the role of Wally, a citizen of a futuristic Tokyo-style Detroit who’s on the run from authorities after uncovering information that could forever change the fate of the metropolis he’s now attempting to flee through. Gameplay is straightforward here, with colour-coded obstacles rushing towards Wally that he must either jump over, slide under, parkour through or simply smash to pieces by sprinting.

Depending on which difficulty you choose to play at, the game will aid your escape to varying degrees. Choose to run normal mode, for example, and time will slow down generously before each obstacle, giving you a moment to prepare your button presses, hard mode does the same but with a slightly shorter slo-mo window, and insane difficulty removes slow motion entirely whilst also throwing in a bunch of extra obstacles for good measure. 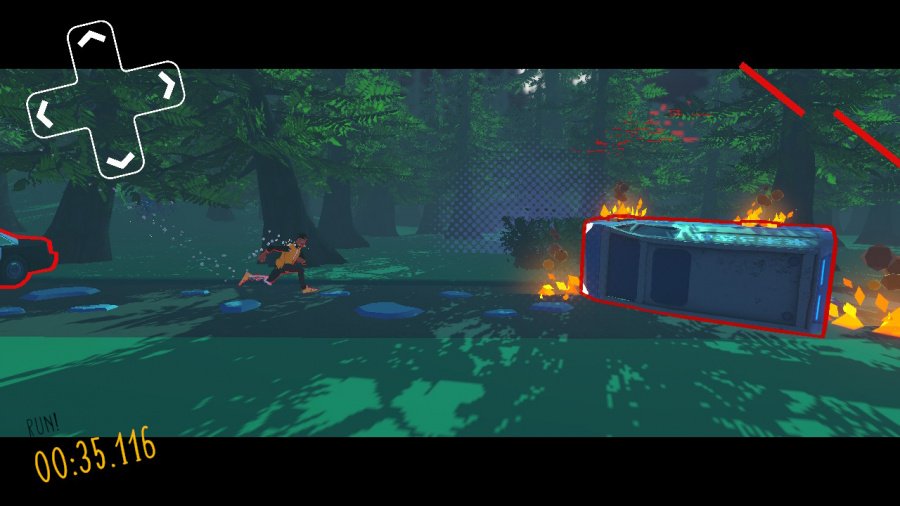 There are thirteen short levels in total to blast through and a full playthrough on normal mode took us somewhere in the region of around 90 minutes, which is fine given the added challenge of harder modes and the game’s budget price point. However, the main problem with Aerial_Knight’s Never Yield is that the core action is just far too repetitive. Yes, this is an endless runner and repetition is part and parcel of the genre, but there really is very little change in how things play out from start to finish here, with heavily reused assets across all stages and just a few different obstacles to get your head around in total. Jumping though a fence, over a car and under a landmine is all well and good the first handful of times you do it, but come the hundredth time seeing the exact same procession of assets and obstacles headed your way? It’s hard to stay entirely interested in all honesty.

To be fair, there are a few twists here and there — one level sees you run vertically, another switches things so you’re doing everything backwards and there’s an early doors boss battle that injects a bit of sorely needed variety — but none of this masks the fundamental fact that there just isn’t enough thrown at you in terms of barriers and obstacles to keep things interesting. In fact, we’d go so far as to recommend you play this one on insane difficulty from the get-go just for the extra bits and pieces it slams into stages, as that’s the closest Aerial_Knight’s Never Yield gets to feeling as though it’s properly going to take off and challenge your skills.

There’s an outstanding soundtrack here from Danime-Sama — honestly one of our favourite soundtracks of the year so far — and the cel-shaded, comic style graphics are a perfect fit for the vibe of the whole thing, but the relative simplicity of the mechanics really does drag it all down. It feels like it’s missing something, feels like it’s lacking bite. There’s no way to pull off satisfying combos, no scoring system (outside of besting your own times) to get to grips with, no attempt to merge the game’s amazing audio with the action happening onscreen at a mechanical level and, in the end, the challenge never rises to a point that results in the zen-like flow achieved by the very best this genre has to offer. 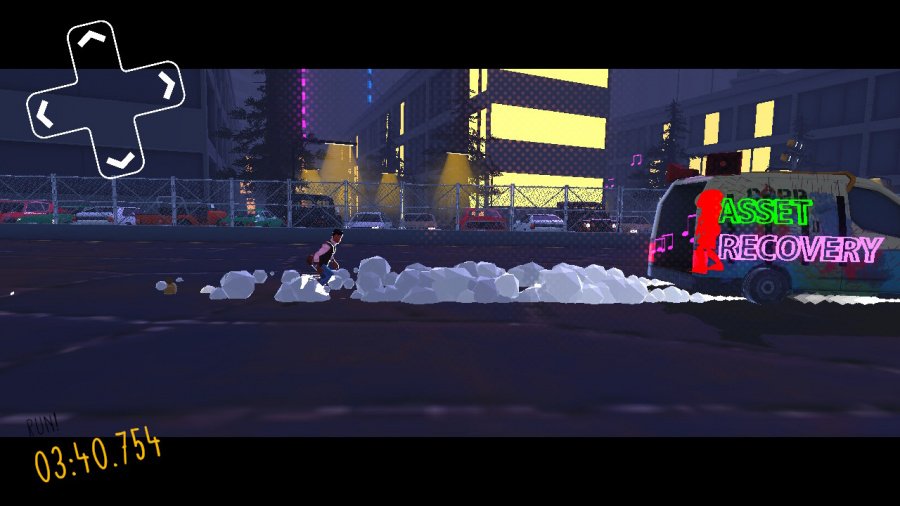 We would have loved to see some online leaderboards incorporated into the action here to give the whole thing a little more longevity too as, besides challenging your own times and unlocking a bunch of outfits for Wally, there’s no real incentive to keep coming back for more. In the end, this is a passion project that exudes cool in its presentation and audio — it really is one of the coolest looking and sounding runners we’ve ever played — but one that also, sadly, fails to deliver the goods in terms of its gameplay. We also ran into some niggling framerate issues, most noticeably on insane difficulty, that need ironed out in order to allow for smooth traversal of the game’s super stylish take on future Detroit.

Aerial_Knight’s Never Yield is very obviously a passion project that’s had a ton of love poured into its super stylish aesthetics and excellent soundtrack, however, it’s also one that’s rather sorely lacking in the gameplay department. Wally’s runs through this futuristic take on Detroit needed more in the way of challenge and variety in order to keep things interesting — more obstacles, more twists and turns and opportunities to show off your skills as you improve and take on higher difficulties. As things stand, this is one slick looking and sounding game that just doesn’t manage to provide an incentive to keep playing for very long.