Valhalla’s Ancient British Isles setting is one I consider to be among the most compelling of any Assassin’s Creed game yet. Beyond its striking visual charm, from the lush countryside to windswept moors, the coming together of Celtic, Saxon, and Norse civilizations in a single location made for brilliant storytelling. For the game’s first major DLC expansion, Wrath of the Druids, the notion of returning to explore wartorn Ireland through a meaty 15-hour campaign is one I’ve been looking forward to since its announcement — both to experience an all-new narrative and to see how Ubisoft has built on the systems of the base game.

Wrath of the Druids sees Eivor set sail for Dublin at the behest of cousin-turned-Irish-King in need of help in establishing the city as a trading post. It sets in motion a series of events that ultimately drags him into unifying a fractured land split by clashing clans and religious tension. In Ireland, Norse traders, many of whom have settled and united under a Norse Gael identity separate from The Danes of England, have converted to Christianity, but paganism continues through traditional druids.

It is an extremist sect of these pagans, a mysterious cult called the Children of Danu (to whom the expansion’s title alludes), who serves as the expansion’s main antagonists. They have intentions of eradicating Irish Christians, and their aggression threatens the very fabric of Ireland, something which, of course, Eivor must put a stop to. Essentially, they replace “The Order” from the main game, both narratively and with respect to the assassination gameplay mechanic.

Another familiar gameplay system that receives a straight swap is the settlement building from the main game. With Ravensthorpe back in England, settlement building is replaced by the construction of trade posts around Ireland, the goal of which is to help raise Dublin’s profile through different tiers. Each trading post has three or so different features to build out using supplies raided from monasteries and gathered passively by building yet more trade posts.

In terms of new mechanics, though, that’s about it. And honestly, I’m not sure either can really be classed as “new.” They’re an adaptation of those from the base game, and there’s not much to either of them: The Children of Danu assassination missions only number a handful or so, and the trade post building is entirely optional and not particularly fleshed out.

In fact, from a gameplay point of view in general, Wrath of the Druids feels like more of the same. There’s new armor and weapons to find, sure, as are there more Books of Knowledge that add one or two interesting abilities, but it’s all very familiar stuff.

It’s a little disappointing when I compare it to DLC expansions that truly live long in the memory. The Witcher 3’s Blood & Wine, for example, introduced game-changing new systems and role-playing mechanics that completely altered the way players engaged with combat. Even the DLC for Ubisoft’s own Fenyx: Immortals Rising makes bold changes not only to its setting but the entire composition of its gameplay — the most recent is set to change the game to a top-down brawler!

Wrath of the Druids is much more conservative. It adds a huge new sandbox to explore filled with loot to find and strongholds to defeat, and yet more familiar distractions, but it could quite easily be a region of the main game and you wouldn’t ever know.

Compounding the sense of over-familiarity, and related to my earlier point about wanting for more engaging new systems, is the fact that Wrath of the Druids is far too easy for someone who has completed the main game. When I left for Dublin the game recommended a power level of two hundred and something, but when I arrived the regions all said 55, and I completely blew through every single combat encounter. And I really mean blew threw them. I died once to the final boss, and that was only because I was eating a sandwich at the same time.

While I appreciate that opening the expansion to Valhalla newcomers means that everyone is able to jump in from the start, the problem is that every new weapon, armor set, ability, and skill point is ultimately meaningless if the combat encounters are comically easy. Why should a player bother equipping runes, experimenting with new skill branches, and assigning new abilities if they can walk into a camp full of 25 guards and smoke them in 30 seconds? It doesn’t quite make sense.

It’s almost as if the entire premise of the expansion from a design perspective was to simply offer more to see and do, as opposed to really trying to innovate a new, must-play Valhalla experience. For me, that’s a bit of a miss. More time spent on the part of Ubisoft in fleshing out Wrath of the Druids with more robust systems would have really benefitted the overall experience.

Even the story, which overall I was quite satisfied with, doesn’t spend enough time detailing the antagonists in a way that really had me invested in thwarting their attempts to sabotage Ireland. We hear a lot about The Children of Danu, but we see very little of them in action outside of one very cool quest involving a creature from Irish Celtic mythology and assassination missions. For the most part, they’re basically orcs you’re sent to kill, void of any real personality that truly motivated me to care about their demise.

The personalities who are given some attention, though, are somewhat memorable. Ciara the druid poetess and her beautiful music; Barid the likable cousin who Eivor grows more attached to throughout, and Flann the High King who learns to trust his foreign cohorts despite their cultural differences. And they each came together in a grand conclusion that did finally deliver in showcasing mysterious elements of Celtic pagan culture I had hoped to see.

But again, it’s not must-play stuff. While I thoroughly enjoyed returning to Valhalla, I think I could have more or less had the same thrills playing through side quests from the main game I never got around to finishing.

That being said, I’m sure hardcore Valhalla fans hungry for a new adventure won’t necessarily be upset to hear that Wrath of the Druids delivers more of the same. Certainly, if you loved the main game you’ll appreciate more content to sink your teeth into. For everyone else, play the free seasonal events until there’s a discount. 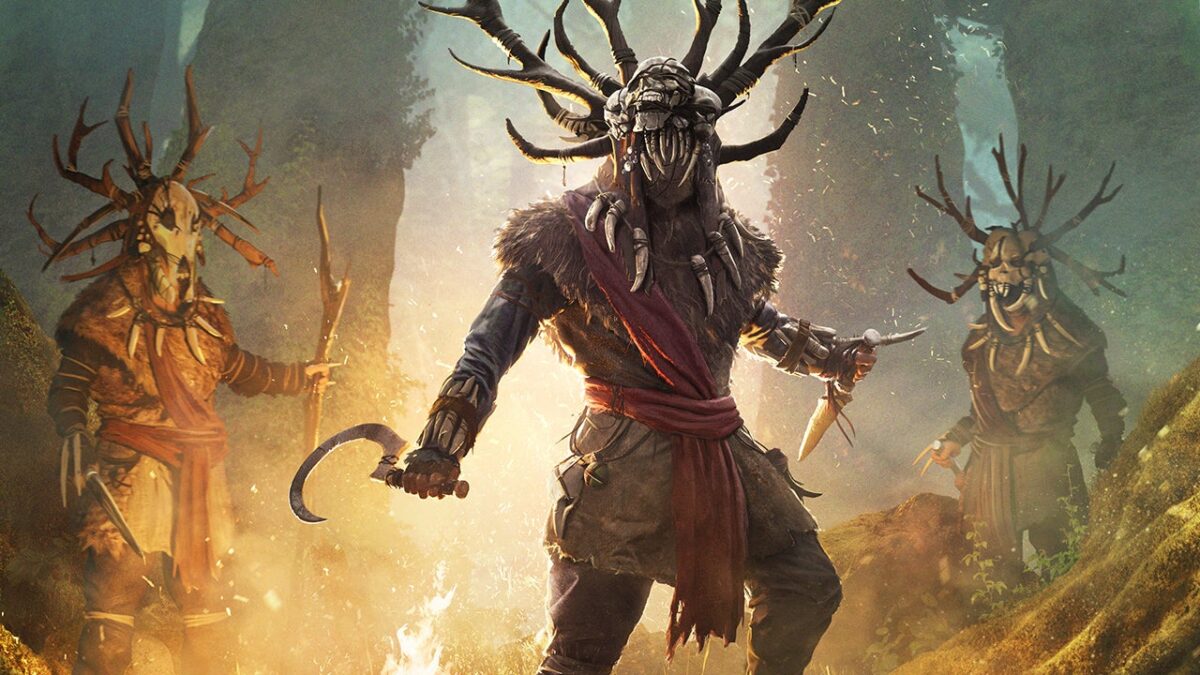