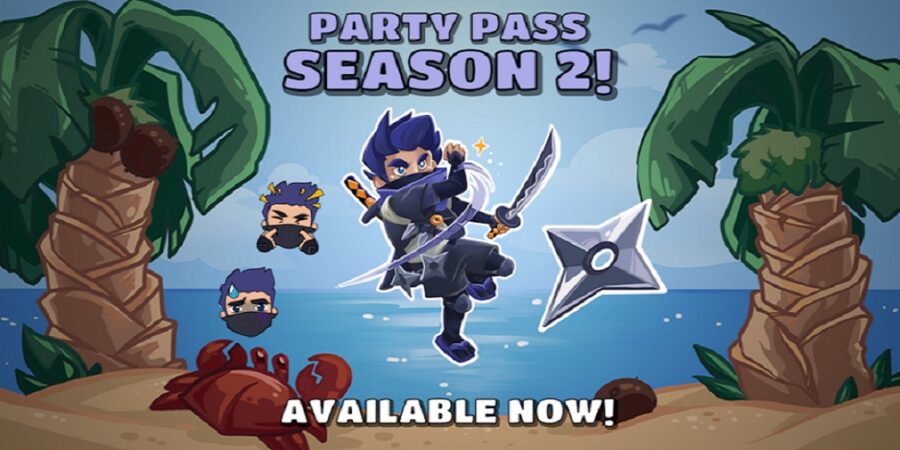 Parallel Plaid has launched the second season of Castaway Party, bringing in a new Party Pass, a user interface update, and a bunch of other new features. The update is available now for iOS and Android.

The new Party Pass for Castaway Party introduces 25 new levels of loot, coins and items, which includes the new exclusive Ninja skin and his stickers. You level up the Party Pass by earning experience points from playing the game, and can unlock each level from it by purchasing the pass.

Meanwhile, this new update for Castaway Party also includes a user interface (UI) polish, meaning the menus, HUD and other icons have been revamped to be much smoother and work much friendlier for players.

There have also been some other new features added for this update, including milestone marker pins which are earned by completing the Party Pass and finishing on the top of the season leaderboard, customisable banners for your profile name, and the ability to win up to three tokens per day by finishing first in a minigame circuit.

Castaway Party is a casual party game where you compete in over a dozen minigames, including racing, catching, climbing or fighting your way to victory and finding a spot on the global leaderboard. You can invite your friends to party up and compete against each other, and developer Parallel Plaid is always planning new content and minigames to be added in future updates.

You can download Castaway Party now from the iOS App Store and the Google Play for Android store. It’s a free to play game with in-app purchases.

If you enjoy playing casual games on mobile and wish to find more you can play on your smartphone, be sure to check out our list which details some of the best casual mobile games.