The latest creature collector to parade its unique beasts out for you to discover, catch, and battle is Coromon. This one is developed by TRAGsoft and published by Freedom Games. I was recently given the chance to preview the introduction (really the first chapter) of Coromon, as well as sample a slice of the game further into the story.

The demo is available though Steam, and you can try it out for yourself if you like. But before you do, I’ll share with you what I thought Comoron did well and where it can be improved since its release date is set for the first quarter of 2022.

These days, players who enjoy creature collectors have a ton of options to chose from. However, every new entry into the genre is inevitably compared to Pokémon. And Coromon is a lot like Pokémon. Maybe a little too much, I would say. I like it when creature collectors do as much as they can to separate themselves from Nintendo’s masterpiece.

Having said that, Coromon does have some unique features that make playing it worth your while. I particularly enjoyed the boss-like Titan battles. To defeat these powerful creatures, you need to completely change your approach to a fight. The developer also considered how it could improve the classic Pokémon formula to make your experience smoother and more enjoyable. So while Coromon is very similar to Pokémon, it feels like a modern take on a classic.

Coromon begins much like Pokémon and many other creature collectors. You wake up in your bed, and after a bit of dialogue, you’re given a choice of three creatures. I went for the ice-type Cubzero as my starter. The name is an excellent Sub-Zero pun. TRAGsoft seems to really enjoy their puns, and this one was good. A lot of others weren’t. You’re also given a cool gauntlet to wear that allows you to store and battle Coromon. I like the concept, and it works well with the science-focused world you’re in. 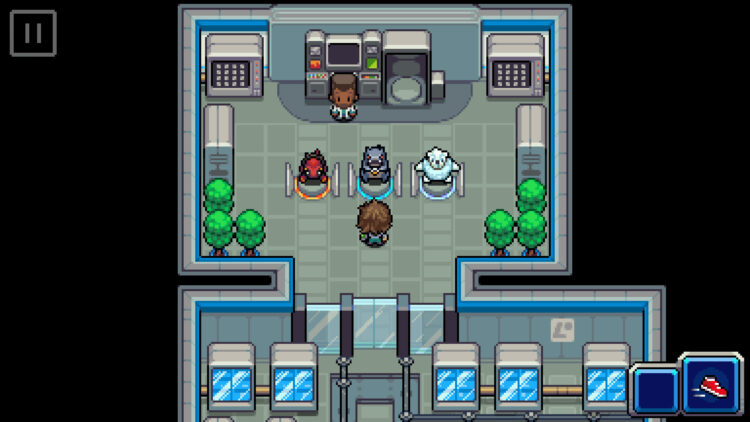 Capturing and battling Coromon will be very familiar to anyone who’s played a Pokémon­-like game before. There are different types you need to learn to build the most effective teams. Many of these (fire, water, lightning) are fairly standard. But there are some other options (like foul and magic) thrown into the mix to keep things interesting. Your Coromon also come with traits that will allow you to build your team in unique ways.

An addition to the game that I really enjoyed is the potential system, which is an additional system for raising your Coromon’s stats. It adds another dynamic to collecting creatures. The creatures can be normal, potent, or perfect. They will sparkle and have a different color if they are better than normal, so you’ll notice them. The potential system is like an additional experience system on its own bar. The better the potential, the faster your Coromon will gain these stats and the stronger they will get. Later in the game, you’ll also get a device that allows you to see exactly what your Coromon’s potential is. For perfectionists, this is your way to get the most powerful creatures in the world. It’s also going to keep you wandering in tall grass for a lot longer. 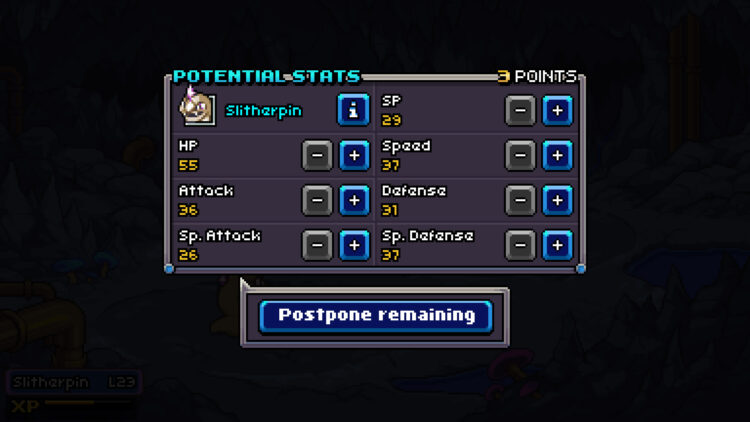 After you’ve got the basics down, Coromon introduces you to the concept of Titans. They are immensely powerful creatures, forces of nature really, that influence entire areas of the world with their elemental powers. You join a task force that is trying to harness that power for the good of mankind. This is good for you because the protagonist doesn’t seem to have any ambitions of their own other than the very generic desire to battle Coromon.

While you’re on your way to acquiring your first piece of Titan essence, you encounter the game’s villains. They’re blue-skinned and use Coromon that have been twisted by a mysterious Titan. I like a good mystery, so the direction the story is going has me intrigued. I didn’t encounter these villains again in the introduction or the later slice of gameplay.

After battling my way up a tower, which was a lot more draining than battling through a Pokémon gym, I faced the storm-bending Titan. Since you always know what element the Titan you’re after will be, you can build your team to counter this. Even armed with this knowledge, the battle was still tough. 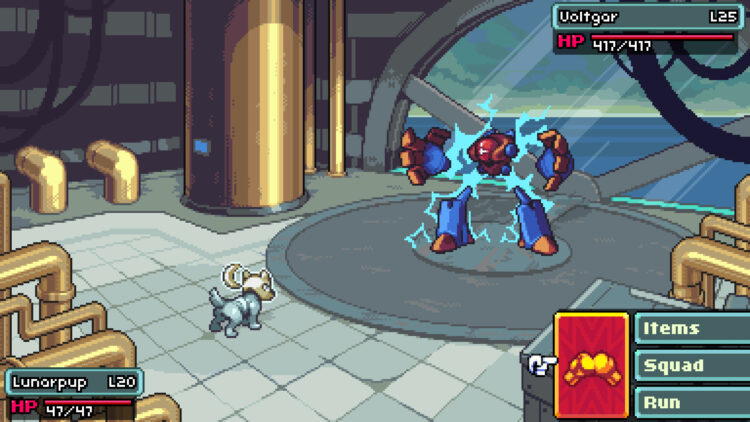 With just one foe to take down (and maybe a few surprises), you can focus on lowering your enemy’s defenses as it slowly wipes out your team. Then a few heavy hitters can step up at the end and deal the damage. That worked for me anyway. For the Titan I battled in the desert, I mostly just brute forced it down. But I suspect the balance will be a lot better once the game releases.

On that note, you can choose different difficulty levels for Coromon. This is perfect for replaying the game because on the harder levels your Coromon will leave your team and return to the wild if they faint.

In terms of the art style, it’s a perfect example of how Coromon has modernized the old-school Pokémon games. The colors are vibrant, the pixel animations are good, and the character has a lot more expression than Ash did way back in the day. I giggled a few times when a wild Coromon appeared and my character’s eyes bulged. I also really like the design of the various Coromon. None of them feel like Pokémon clones, and there are some seriously cool-looking beasts. I definitely got the urge to discover and catch them all. 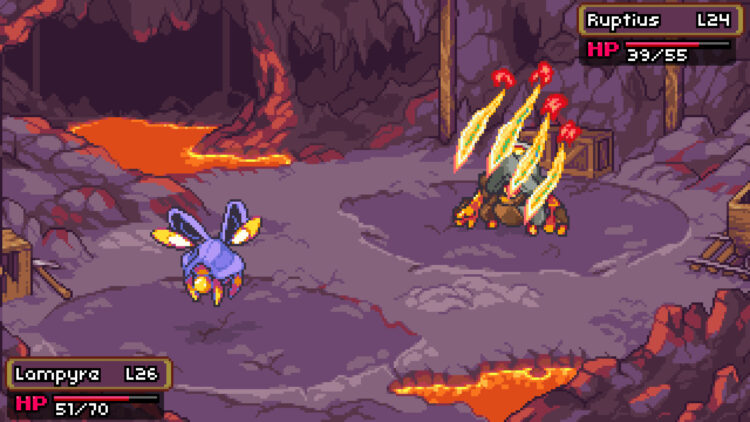 In my introduction and later slice playthrough, I got to see two unique biomes. The first was a lush coastal area and island. The second was a desert with Egyptian stylings. I must say, the puzzles I had to solve in the temples of the desert area were very frustrating. Sometimes they were more about timing than thinking, which felt wrong for a top-down creature collector.

I think I enjoyed my Coromon preview more than the game’s protagonist, who just did what he was told. The foundation for the creature collector is solid (it’s based on Pokémon after all) and the additional elements are implemented well. If you’re looking for a Pokémon-like creature collector with fresh beasts and battles, this is for you. If you want something that feels more distinctly different from Pokémon, you may want to look at something like Temtem instead.