In a blog post on the official Elder Scrolls Online website, the developer shares that the enhanced version will not be launching Update 30 and Blackwood, in order to “give both our undivided attention”.

As for those wondering about the release date for PC, Mac and Stadia, the developer assures these are still on track for their original release date of June 1st. Xbox One and PS4 systems (with backwards compatibility on current-gen consoles) will still be getting the update/expansion on June 8th as planned. 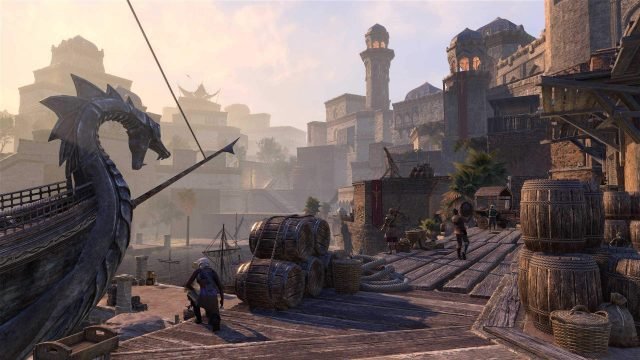 The enhanced version will include 60FPS support while running in “Performance Mode”.

In case you missed it the enhanced version will include 60FPS support while running in “Performance Mode”. Previously the console version was capped at 30FPS. Other improvements include updates such as antialiasing, improved reflections, improved ambient occlusion, improved shadows, improved depth of field, and improved loading times meaning you will be able to get into your adventures faster than before.

ESO: Blackwood is the next chapter to be releasing in June, which will dive into the Gates of Oblivion year long content. It brings an exciting new feature Companions, that will aid you in your Tamriel activities. Plus there is a new storyline and area to explore. If you want to know more about Companions be sure to check out next Elder Scrolls Online Blackwood: Hands-On Companions Preview – Gameplay, Skills, Rapport And More.

For more news find it here in Metal Max Xeno Reborn Announced To Be Coming West For PS4, Switch And PC and Rumour: Nioh Developer Working With Square Enix On An Action-RPG Final Fantasy Spinoff.