Welcome to the Holofield Athlons! It’s Damoun Shabestari (aka Shabs) here, Game Director at First Contact Entertainment. We are excited to announce that Solaris Offworld Combat will be releasing digitally for PS VR tomorrow and will be 50% off for PlayStation Plus subscribers for the first two weeks.*

Solaris Offworld Combat immerses you in a future where esports and televised teams have evolved into playing on Virtual Holofields. You are an Athlon, part of an elite team of four, working to achieve legendary status in the fastest game around. 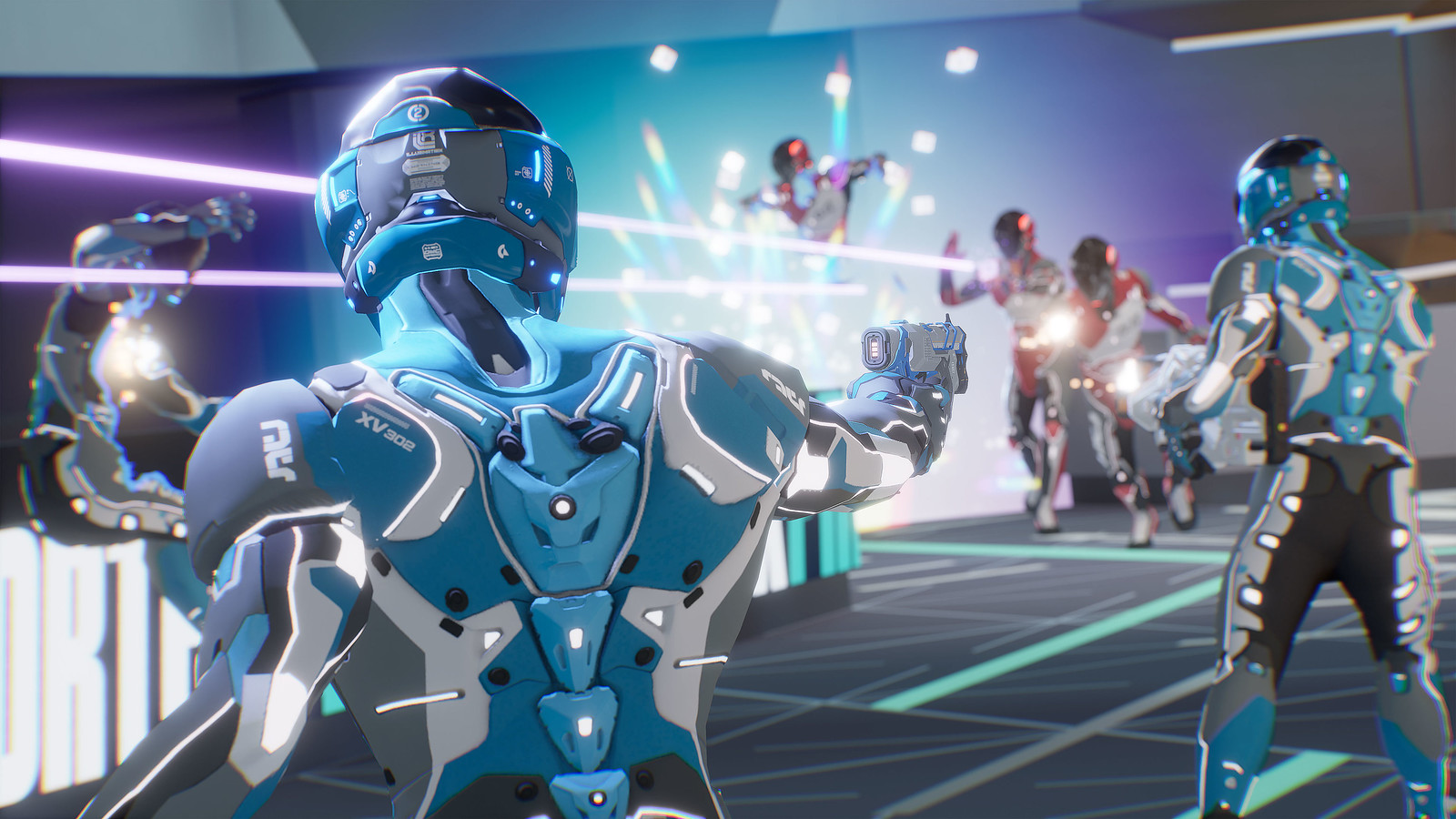 The rules are simple: take the Control Point and hold it to score. The team that reaches the score limit or has the most points before the five-minute round is over, will be crowned the winners.

The Control Point moves every 30 seconds, so you’ll always be on the move, which means you’ll need to watch out for plasma pits, proximity mines, and most importantly enemy laser fire. Honestly, without proper coordination, equipment, and teamwork; you’ll never stand a chance. 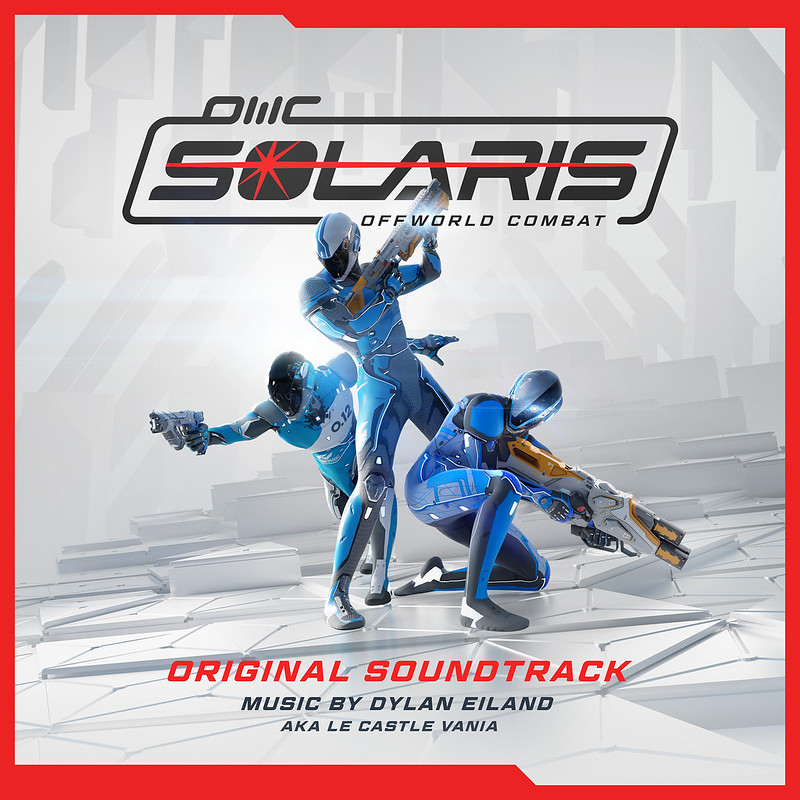 Now, you and your teammates won’t be alone out there, you’ll also have access to the best weapons in the galaxy. Each round you’ll start off with your pistol, but you can find shotguns, rifles, rocket launchers, and grenade launchers scattered around the holofields.

Each weapon has a set amount of ammo, so you won’t need to reload, but you may want to keep track of how many shots you have left.

We’ve always been looking for new and intriguing ways to integrate the PlayStation Aim controller, and Solaris is no different. We believe it’s the perfect bridge between the virtual and real world to give you an incredible sense of immersion and control. The sensation of weapons materializing in your hands and the recoil of each blast immerses you in battle like no other controller is able to.

You can also use your DualShock 4, and we’ve worked hard to make sure that option is both comfortable and intuitive! Also, whether you’re left or right handed, you can rest assured that you’ll have a fair shot at the top spot.

Now, to truly become a legend in the world of Solaris, you’ll need to claim your rank in the global leaderboards. Sort by weekly, monthly, or all time, and compare your stats to the competition as you try to earn that top spot.

From Rookie to Legend

Play to reach level 50 and show off everything you’ve earned along the way. Customize your Athlon to your liking, and on top of level unlocks, you’ll also have a chance to earn exclusive rewards by completing weekly challenges.

The Holofield is waiting

Be one of the first to travel to Gemini, our latest and tightest arena yet. Launch grenades over the walls or flank the enemy down either side. There’s never any downtime when you’re dealing with the fastest shooter in PS VR.

Are you ready to become a Champion?