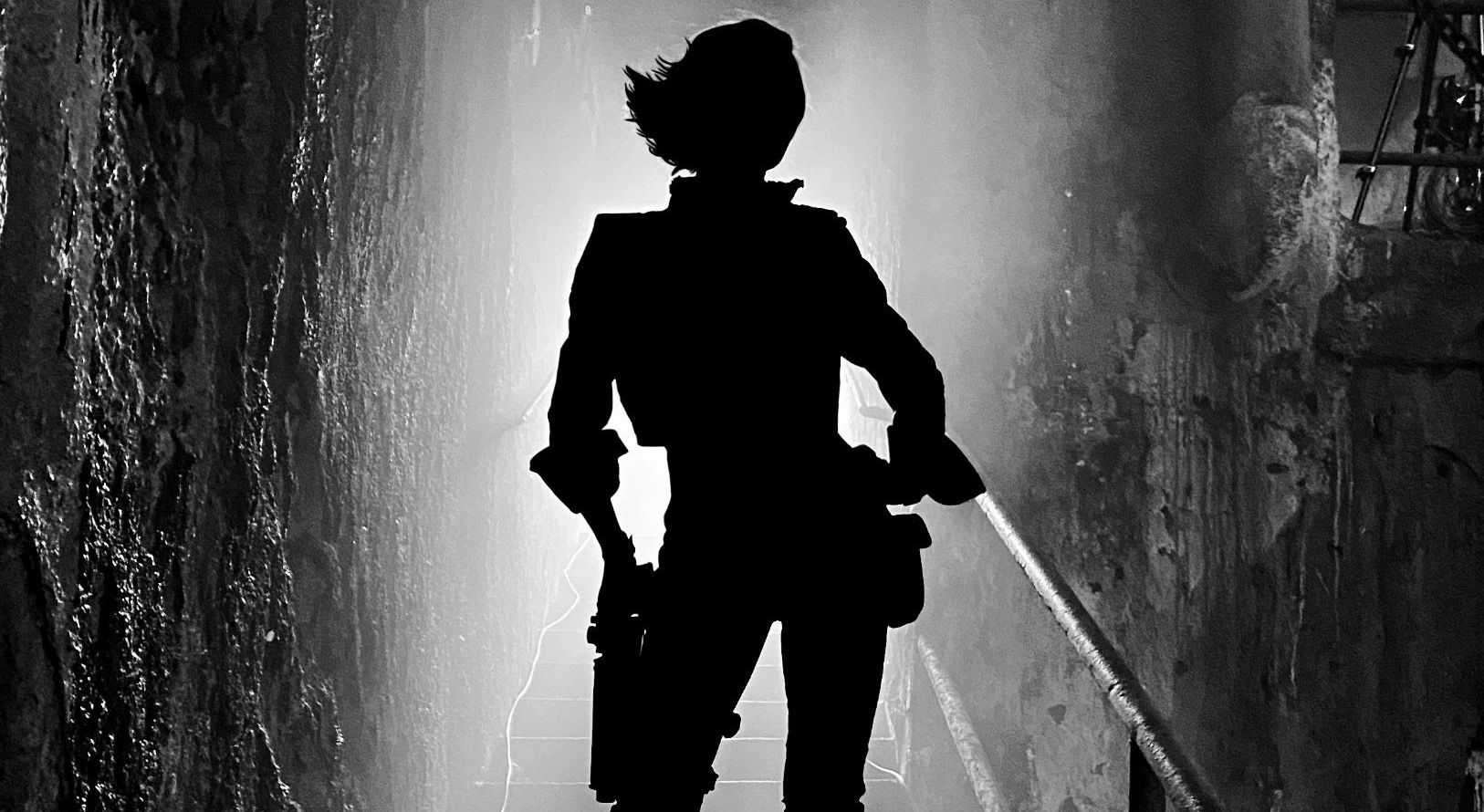 The Borderlands movie is currently in production, being filmed in Hungary and directed by Eli Roth, and although we know who is going to be in it and how cheesy the plot will be, we haven’t seen what it will look like. Except for one tiny glimpse: Jamie Lee Curtis, who is playing alien archaeologist Patricia Tannis, shared a moody black-and-white photo of the movie’s star, Cate Blanchett, as Lilith.

Curtis tweeted the photo with the words, “Welcome to BORDERLANDS & a secret BTS shot I took of Lilith, our legendary heroine, psycho blasting, vault hunting vixen with a bad attitude.” That sure looks like Lilith’s swoopy fringe in silhouette, but there’s not much else to say about it. The Borderlands games have such a distinctive look that cosplayers recreate it with cel-shading makeup and it’ll be strange to see regular actors in wigs pretending to be those characters.

The photo also went out on Curtis’s Instagram, where she added, “Maybe next week, if you’re nice and let them know you want MORE and they don’t fire me for posting this, I’ll post other pictures of Roland @kevinhart4real Tiny Tina @ariana_greenblatt Krieg @bignasty Claptrap @jackblack and moi, Tannis”. Ariana Greenblatt has also been tweeting some behind-the-scenes photos, like this shot of her character Tiny Tina’s props, and her with the actors playing Brick and Krieg.