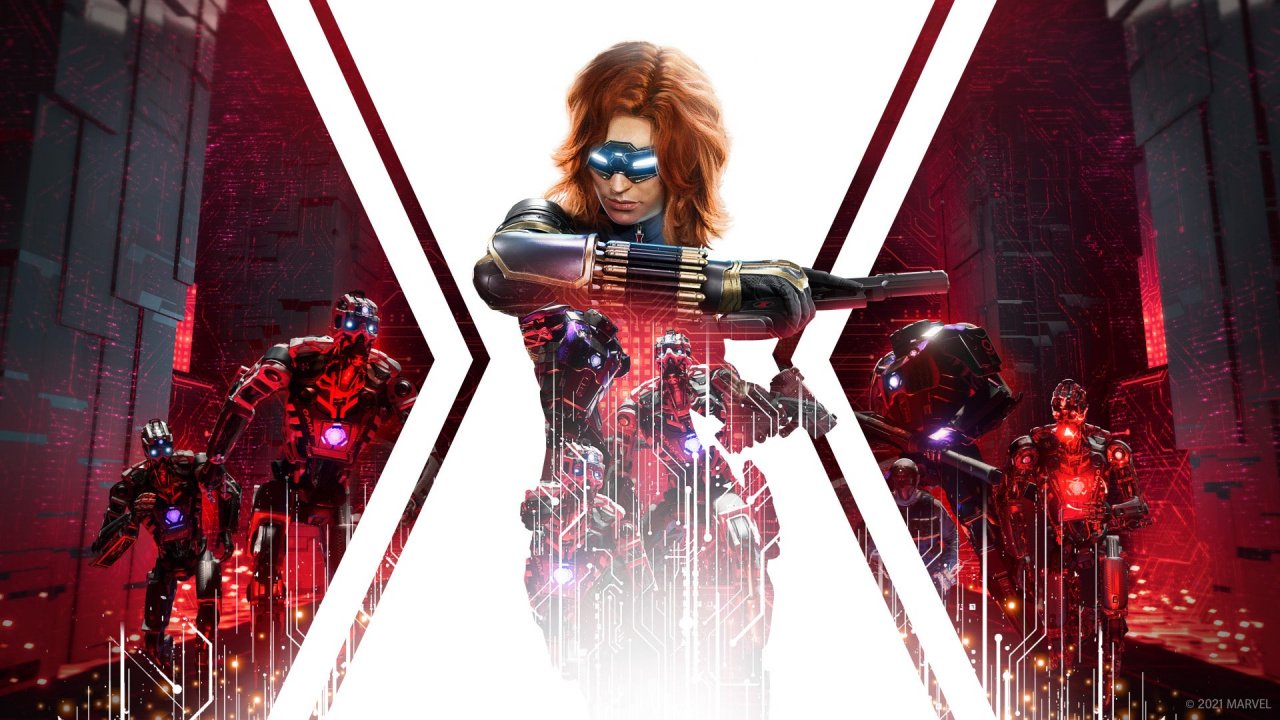 After a delay of over a year, Black Widow will finally release in cinemas and on streaming this summer. And maligned superhero brawler Marvel’s Avengers AIMs [Pun intended – Ed] to get you ready for the movie with its Red Room takeover event, which is available to play now until 31st May.

“Multiple hacked HARM Rooms will be available during this event along with new mission chains,” the official blurb reads. “These hacked HARM Rooms are single player only as they require agility and a keen sense of one’s surroundings that may be interrupted by having a team. Each of these will also scale from Power Level 1 to 120.”

The plot goes that a number of “anomalies” have been detected within the HARM Room, with the hack being traced back to Rooskaya Protocols and, ultimately, Yelena Belova. You’ll get a bunch of XP for completing the Red Room, as well as an animated nameplate to commemorate the occasion.

This is all coinciding with an update to the game’s levelling system. Where previously XP would become obsolete once you reached Level 50, you’ll now earn Champion XP beyond that point, which will unlock Champion Skill Points you can then spend on gameplay buffs. It’s just another way to extend the lifespan of the title, we suppose, but it seems like a sensible addition.