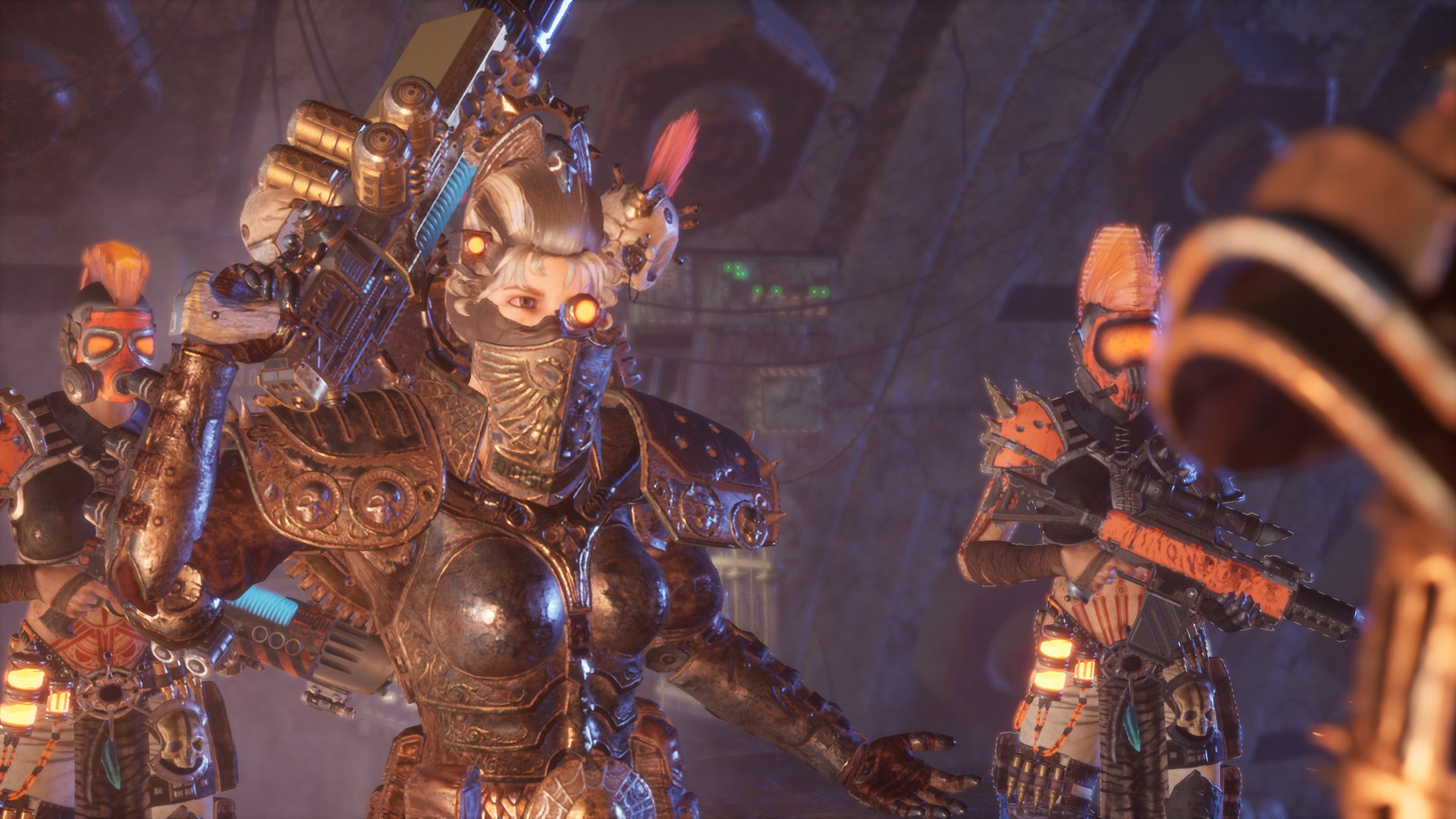 Streum On Studio is the definition of a Eurojank developer, releasing ambitious but buggy games you find yourself playing in spite of their flaws. The latest is Necromunda: Hired Gun, a movement-shooter set in the Warhammer 40,000 universe that gives you a grappling hook, a whole lot of augmetic implants, and a cyber dog. It released with a lot of issues, including performance problems, like stuttering during map load, and CTDs. I had a defense side mission where the final wave never appeared, and a rescue mission where the prompt to free bound psykers didn’t show up, meaning I had to quit back to the menu both times.

Anyway, the first patch is here, and it’s done some good work. Voice volume has been increased, so you’re more likely to hear what people are saying now (sure, a lot of the NPCs wear convenient masks so their mouths don’t have to be animated, but you should still be able to make out words), and missing sound FX have been added back in. The problem where aiming down sights would show a reticle that was off from where your gun was pointing has apparently been fixed as well.

“We are still working on more time consuming fixes,” Streum On says, “such as stuttering, FPS issues and various other bugs. The game will keep improving, so stay tuned!” Among the issues still being worked on are “Various fixes on enemy AIs”. Hopefully that’ll mean people actually react when you shoot them at range.

Here are the full patch notes.