Smite has teamed up with electronic music label Monstercat for a high-energy battle pass, now available on Xbox One and Xbox Series X|S.

Each Monstercat skin features music from the artist throughout the gameplay experience, replacing ability sounds with drum and bass, tropical house, and more.

The collaborative battle pass also unlocks four music themes, allowing players to completely replace Smite’s default soundtrack with Monstercat tracks including Slushii’s brand new song “Valhalla,” the gold-certified internet classic “Crab Rave” by Noisestorm, the romantic liquid drum and bass of Koven’s “Give You Up,” and the heavy-hitting grit of Sullivan King’s “Someone Else.”

Attention all Xbox Game Pass Ultimate members: Get ready to rave with the Smite x Monstercat Starter Pass, free as an Xbox Game Pass Perk! This starter pass is a great way to get a head start on the newest battle pass. You’ll unlock all four gods (Hades, Gilgamesh, Khepri, and Chang’e) featured in the Monstercat Battle Pass, their voice packs, 3000 battle pass points, and a deal of the day token which unlocks a daily deal bundle of your choice.

Monstercat is not the only crossover in this update! “Avatar: The Last Airbender” is back in Smite with an all-new addition to the roster: Azula Pele. She conquered Ba Sing Se, and now she’s here to conquer the battleground of the gods. To celebrate her arrival, Azula Pele will be on sale for the first two weeks of her release! Missed out on the “Avatar: The Last Airbender” team when they were first in Smite? Well, they’re back on sale right now! Be sure to grab the skins – they’ll only be available for a limited time.

Before I sign off, I want to quickly mention a few more things in our most recent update. We’ve remodeled and re-voiced Athena, Goddess of Wisdom. Persephone received a rework with new updates to her kit. The Talons of Tyranny Event continues with all new skins and rewards. And did I mention that we have a gem sale going on right now? Gem packs are up to 33% off for a limited time.

For a full rundown of the Monstercat update, check out the update notes here. I can’t wait to see the community crab rave on the battleground! 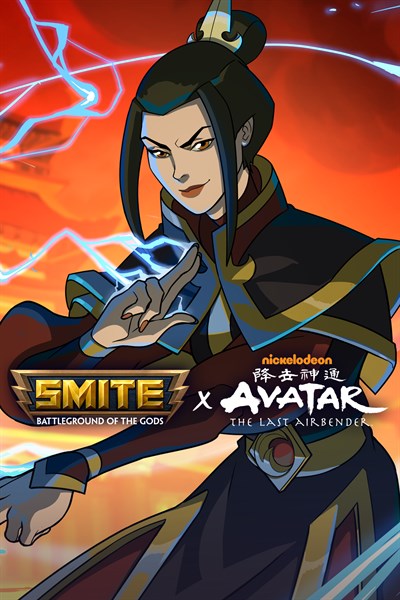 Enter the Battleground of the Gods

Join 35+ million players in SMITE, the world’s most popular action multiplayer online battle arena. Become a legend of myth, enter the Battleground of the Gods, and play FREE now!

100+ Gods
Unleash each deity’s unique strategies, legendary weapons, and earth-shattering powers. Rain lightning down upon your foes as Zeus, assassinate from the shadows as Loki, or transform and trick your foes as the Monkey King, Sun Wukong. Which God will you choose?

Unique Perspective
Unlike other MOBAs, SMITE puts you directly onto the battlefield with a third-person action viewpoint. From blind-side ambushes to aimed shots, a new pantheon of strategic possibilities awaits.

Become Godlike
Never played a battle arena before? Don’t worry. Auto-buy, auto-level, and the deathmatch-like Arena mode let you jump right into divine MOBA action. Aspiring pro? Top the ladders, join a competitive team, and you too could be playing at the SMITE World Championship.