Today’s update has introduced a new Urgent Quest to play. Titled “Mining Rig Defense: Aelio,” it is the third Urgent quest to be introduced into PSO2 New Genesis. Beginning this quest requires a Battle Power of at least 1,243 or higher. Battle Power can be increased by spending skill points, enhancing weapons or units, and adding augments to equipment.

As with all Urgent Quests, the event to spawn this quest is random and cannot be triggered manually. The best way to keep track of when it appears is to join an official Discord group like Phantasy Star Fleet. This group has a dedicated alert channel that gives a 15-minute heads up before a Mining Rig Defense or any other Urgent Quest of choice appears.

Mining Rig Defense: Aelio is described in-game as “an Urgent Quest in which you defend a resource mining rig from enemy attack.” It is the first Urgent Quest that works in waves, with different enemies spawning on each wave in a horde-style design. At the beginning of each wave, a large number of enemies will spawn. These enemies will move towards the three mining rigs located at the bottom of the hill and attack them.

To complete the Urgent Quest and be eligible for rewards, all six waves must be passed. Furthermore, there is a 30-minute time limit, so it’s important that you don’t take too long. Although, most suitably-leveled teams can expect to complete the quest far faster than this.

You can view the mini-map at the top-left to gauge where enemies are. The map is an invaluable tool for this particular Urgent Quest, as it allows you to scout each rig for enemies quickly. If you can see five enemy dots on the map near a mining rig that no one else is defending, getting to that rig should be your priority.

Other than attacking enemies near the rigs, the order in which you kill each isn’t overly important. Most enemies will aggressively pursue you once attacked, so cleaving a large group with an area of effect Photon Art works well. Some good examples to use are the sword’s Twisting Zapper, the wired lance’s Vane Mixture, and the rifle’s Homing Darts. 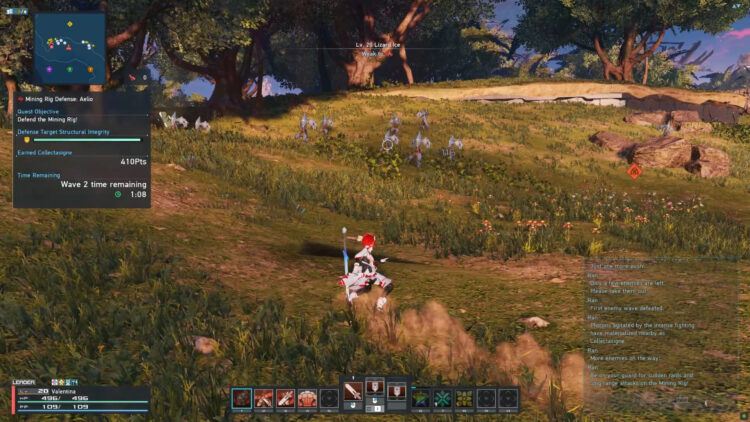 Large groups of enemies can be dealt with all at once with a suitable area of effect Photon Art.

Occasionally, enemies will erect impassable gates in between the rigs which can make transitioning between them difficult. These can be overcome by destroying the two easy to spot critical hit zones. This should be done quickly to help your team reposition as efficiently as possible.

Mining Rig Defense: Aelio introduces a new mechanic into PSO2 New Genesis. Collectasigne can be gathered by harvesting nearby resources. This process is similar to how Restasigne and Reversasigne can be picked up from the ground. Collectasigne can then be spent at the mining rigs to purchase Device Features. 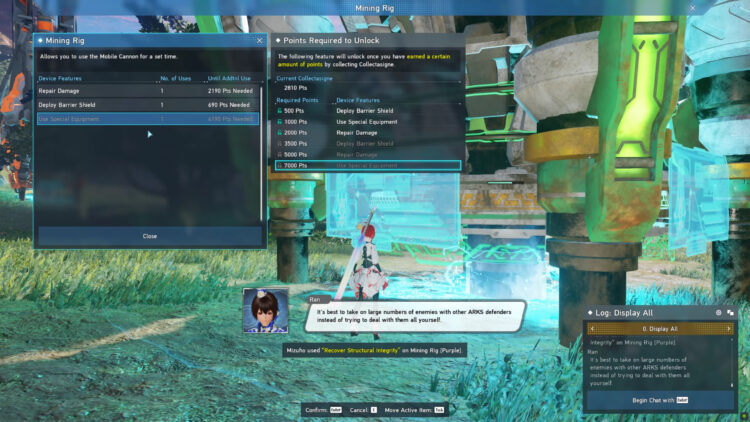 Device Features should be purchased when available, as they help to clear the quest.

The three Device Features are Repair Damage, Deploy Barrier Shield, and Use Special Equipment. Repair Damage does exactly what it says and heals up one of the mining rigs. Meanwhile, Deploy Barrier Shield adds a temporary shield to a mining rig which negates incoming damage. Finally, Use Special Equipment allows you to equip the Mobile Cannon. All three of these are worth purchasing and will help your team complete the Urgent Quest faster.

Although it may look scary, the new boss enemy “Destragras” is easy to kill. Focus each leg down until it breaks, ideally following a Ranger’s Blight Rounds to deal extra damage. Once all four legs are broken, the top will open up revealing a large critical hit zone. Use your best DPS Photon Arts and Photon Blast to deal as much damage as possible in this phase. If the boss recovers before dying, repeat these steps over.

Mining Rig Defense: Aelio has a reward system unlike any other in PSO2 New Genesis. Drops are not given by killing individual enemies, but are instead randomly assigned all at once at the end of the Urgent Quest. These are displayed through Quest Storage where the user can filter through what they want to keep and want they want to convert to N-Meseta.

Along with a chance of receiving a weapon from the new series, expect plenty of 3* units, lower-tier weapons, and various augments. Some of these augments are new, but many have been in PSO2 New Genesis since release and aren’t overly valuable.

Evolcoat is the new series of weapons introduced in this update. Unlike some previous series, there is an Evolcoat version of every weapon in the game. This means that it is possible to create just about any desired multi-weapon using two Evolcoat weapons. 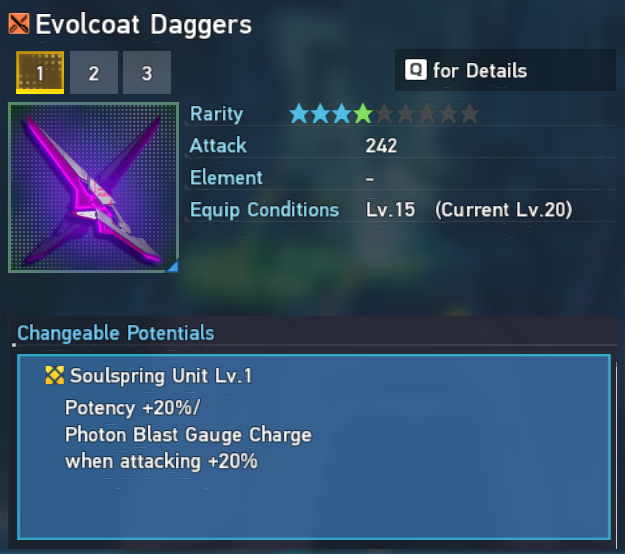 Large amounts of Photon Chunk, Monotite, and N-Meseta are required to upgrade an Evolcoat weapon’s potential.

Stats-wise, Evolcoat weapons output slightly worse DPS than the best-in-slot Straga. However, unlike Straga, these don’t increase incoming damage. Instead, this series’ Potential ‘Soulspring Unit’ increases the rate at which the Photon Blast gauge charges up. At level 4, this Potential caps out at +26% Potency and +20% Photon Blast charge. This series is a decent option for players looking to maximize DPS without sacrificing their tanking capabilities.

A potential reward for killing Destragras, this is the new best-in-slot augment for Ranged damage. Ragras Soul III provides HP +15 and 2.5% Ranged Weapon Potency. This can be considered a direct upgrade of the Gigas Precision augment. 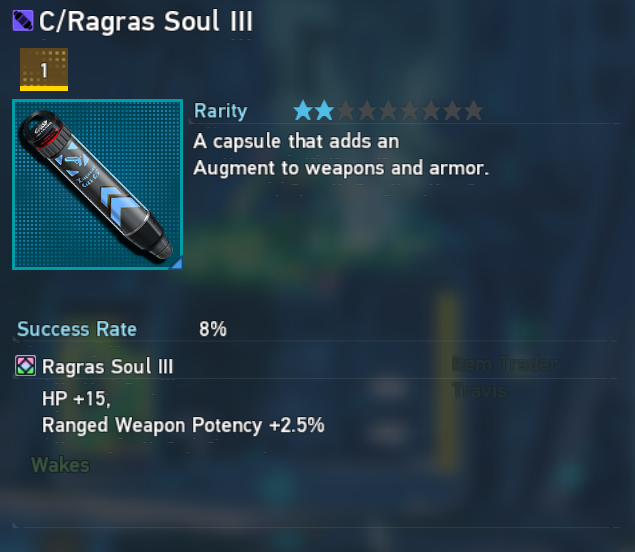 Although strong, Ragras Soul III’s steep price makes it difficult to justify. Consider waiting for it to come down in price before investing.

This augment is most useful for the Braver and Gunner classes. Both of these either fully or partially rely on Ranged potency, but still need to get close to enemies to deal optimal damage. The extra health can help get close without the risk of being killed.

With these tips, you will be able to beat the PSO2 New Genesis Mining Rig Defense: Aelio Urgent Quest and effectively reap its rewards. For more information about Sega’s popular MMORPG, check out our PSO2 New Genesis guides and features hub.