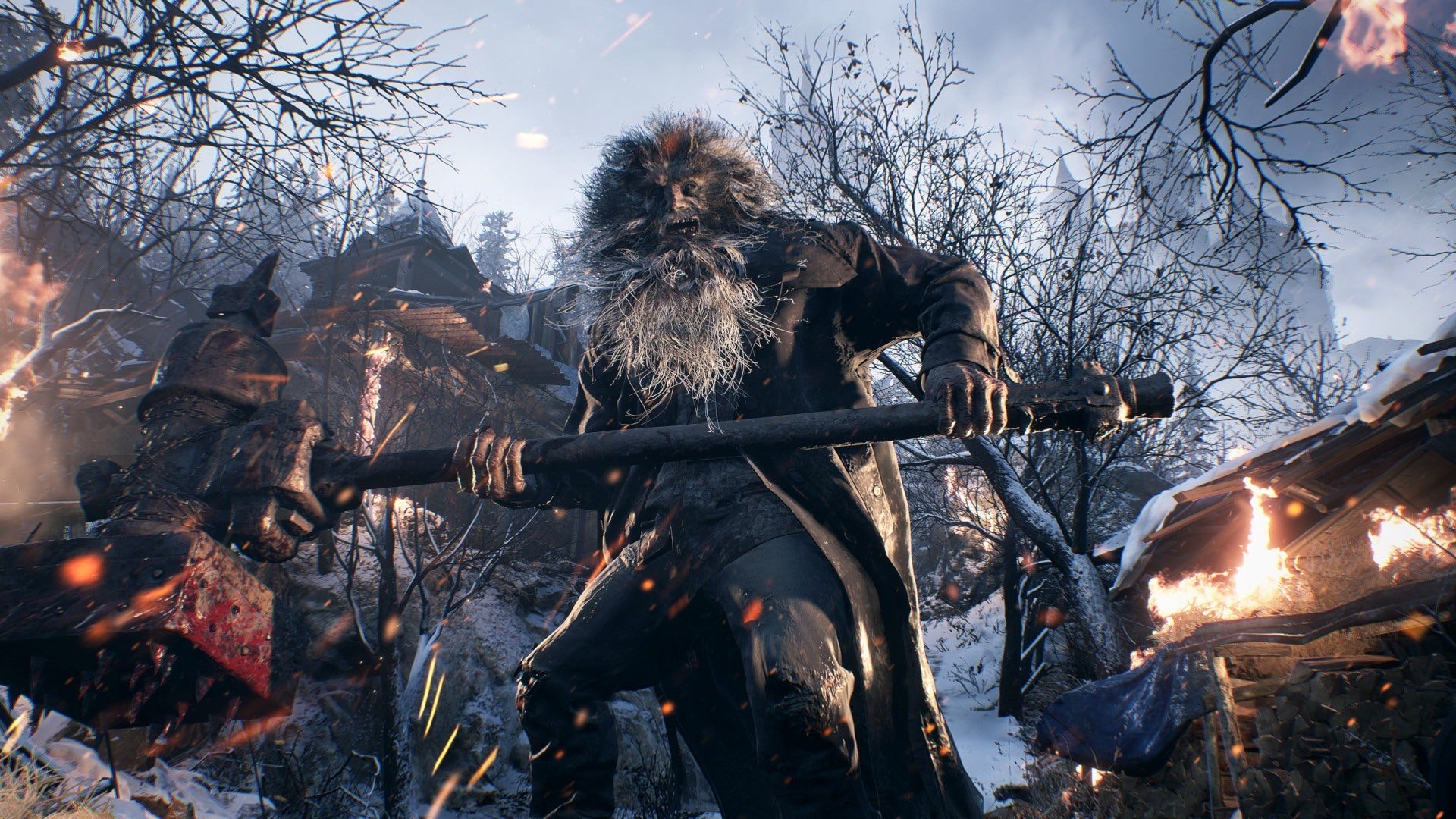 The first and most obvious tip is: skip every cutscene you can, even if they’re not all skippable. Resident Evil Village still counts the clock during in-game cutscenes, no matter how long they last. You’ll eventually memorize which are and which aren’t, but a good practice is to mash a button and look for the prompter on the bottom right telling you that you can skip it. You’ll slow yourself down by always pausing and unpausing the game to see if your current cutscene is skippable. If a cutscene is skippable, but it’s not letting you at the moment, our strategy is to mash the X or A button while tapping start, that way the moment the menu shows up, you’ll skip it quickly.

After your first playthrough, use your CP to unlock the Dragoon Rifle, and then get the Infinite Ammo for the Dragoon. Unlike other weapons, it doesn’t require any upgrades to be able to unlock its infinite ammo cheat, and is incredibly cheap to buy from the Duke.

Having this enables you not worry about ammo pickups. It also allows you to break crates faster since you won’t need to melee them, and of course, it melts enemy faces — even on the Village of Shadows difficulty, most enemies will go down in just a few bursts of fire. As an added bonus, you’ll temporarily swap characters during the Finale, and that character has the Dragoon, ensuring no matter who you play as, the ammo won’t stop coming.

Also, don’t worry, there’s no penalty for using cheats in Resident Evil Village – you’ll still be able to get trophies and achievements. You earned these cheats, so use them!

Now the Dragoon is awesome, but the real face melter is the fully upgraded S.T.A.K.E., but it’s very expensive at 2.1 million lei. You have to buy both attachments and unlock every upgrade in the Smithy to be able to purchase its infinite ammo cheat. But if you’re looking to just farm the game over and over and don’t feel like you need the fully upgraded STAKE, gather up your 2.1m lei and save your file. Then spend all of your coin fully upgrading your gun and then re-save on a different slot. Head into bonuses and buy the infinite ammo cheat, then reload your first save with all of your money. You won’t have the most maxed out STAKE, but if you atleast fully upgrade its power and pair it with the infinite ammo cheat, you’ll be set for future playthroughs.

On your first playthrough, trying to solve each of Resident Evil’s puzzles can be handful. Once you know how most of them work, you’ll find it’s easier to breeze through certain parts of the game – like House Beneviento.

Learn the puzzles by memory or write them down and keep it handy. You can also keep the following puzzles bookmarked to have on hand (don’t be afraid to pause the game while you study them!):

Also – when faced with swinging torches, don’t bother trying to push them, just shoot from your infinite ammo weapon to slam them into the braziers quickly!

There are also two combination locks to memorize. The first one in the Village when heading for the house with the red chimney saves you from having to look out the window. It’s 070408.

Memorizing the second one in Donna’s dollhouse means you don’t have to pull the ring out of Mia’s doll or wash it off, which saves you a ton of time. It’s 052911.

The Moreau section has two easy tricks right at the first windmill. The first is the broken crank: you don’t actually need to crank it to make it break, it’s just an extra cutscene. Just skip it, and by the time you make it back with the working crank, the broken one will have disappeared.

Second, the large crumbling wooden tower that needs to be shot down at two specific points usually has you going off the beaten path to get a vantage point for it, when in reality, you can either snipe it from the windmill or duck down under the second part you have to destroy, and you can faintly see the other one. Either way you go about it, it saves you some time.

Another skip in Donna’s dollhouse is quickly getting past the super slow big baby. The first chase doesn’t really have a quick skip: just wait for it to come into the room where Mia’s doll was and run past it. Don’t circle the house and use the crawl space here, the baby will show up in the hallway and will block your way.

The second, chase, however, has a couple of quick hacks. First, don’t hide in the closet in the room with the bed. Hide under the bed instead – that way you can just run out once the baby is past you. Or, and this one might take some practice, stand in the doorway of the kitchen and wait for the baby to lunge at you and then make that weird 90 degree turn, then simply run by him, terrifying an option as that may seem. This trick does take some precise timing, so if the baby doesn’t lunge right, then just revert back to hiding under the bed.

Another general tip to keep in mind is that Resident Evil Village doesn’t have fall damage, so instead of climbing down ladders, try your best to run at them from an angle and hope Ethan just drops down. As you might expect, falling is much faster than climbing.

Have flashbangs and pipe bombs at the ready when trying to move past lycan hordes or big werewolves. We’re not here to fight everything, so if you can run past an enemy, we recommend you do so.

When playing on Casual difficulty, enemies are often slow to attack and give you a long amount of time between strikes, so you can often dodge and run past many groups – including the enemies in the dungeons of Castle Dimitrescu, and groups of Lycans in the Village and Stronghold.

Certain enemies or groups may be too fast or big to get around, like the large werewolf on the way to the Reservoir, some of the armored Soldats in the Factory, or the Lycan hordes in the Stronghold. Using Flashbangs can give you the space you need to slip by without getting latched onto.

When you have to use the laser guided strikes in The Finale, remember to constantly strafe and backpedal away from incoming Lycans that will be slow to strike on Casual Difficulty, as its usually a better options than wasting time mowing them all down.