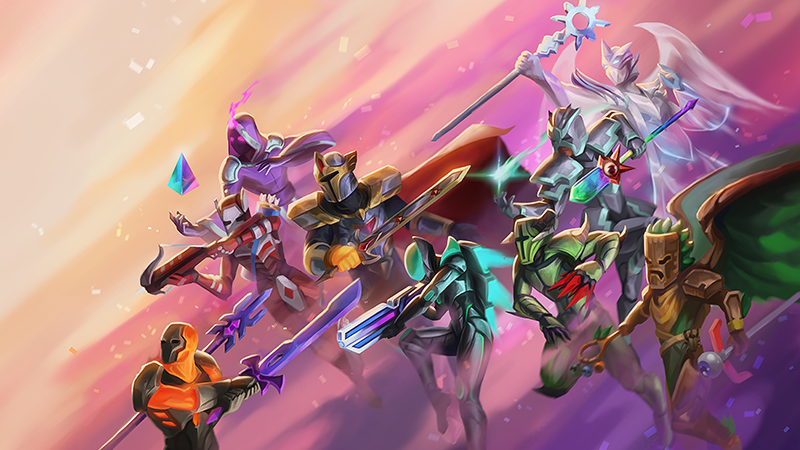 This year marks the tenth anniversary of survival-exploration-crafting adventure Terraria, which has sold a whopping 35 million copies to date. After developer Re-Logic added full Steam Workshop support for your custom maps, music packs and resources back in March, May 16, Terraria’s actual birthday, called for a proper celebration.

The team has gifted all players with a new world seed, which you can access by figuring out its name (pssst—it has to do with the date of the anniversary). What awaits you is a seed that always drops you at the beach. You’ll immediately notice that many things across the biomes have been coloured in different, fun ways, but of course that isn’t the only thing special about the seed. I won’t spoil things for you, but this is a world that holds plenty of gifts—right at the beginning the princess sells some new items, there are rare loot and materials for you to discover, and the famed jungle mimic has finally found its way into the game. The new world seed is certainly a cool idea for something both new and seasoned players can benefit from.

Note that Terraria 1.4.2.3 requires a dedicated server, which is linked in the official Steam news post.

Additionally, the update contains some bug-fixes, which you can check out below:

Re-Logic has also started a cool little community contest for showing off your creative work in one of the categories Steam Workshop maps, texture packs, Terraria fan art, screenshots and other things, which includes anything else creative such as mod maps and textures not hosted on steam, music and writing. The contest runs until Sunday, June 13 11:59 EDT / 16:59 BST. You can find further details in the official post on the Terraria forums.