It’s a new month, which means new games are joining the ever-growing Xbox Game Pass library. This month’s additions for those that have Xbox Game Pass or Game Pass Ultimate includes two different Skate titles, the beloved Hades, and more.

Before diving into which new games are coming to the Microsoft subscription service, here is a brief overview of what Game Pass even is. The Xbox Game Pass library continues to change with new titles being added. From day one launches of hit games to indie treasures that deserve their stage time just as any other game, the Game Pass membership allows Xbox fans a chance to have instant access to an eclectic library without having to shell out $60 for each experience.

Now, let’s get into which games are on the way: 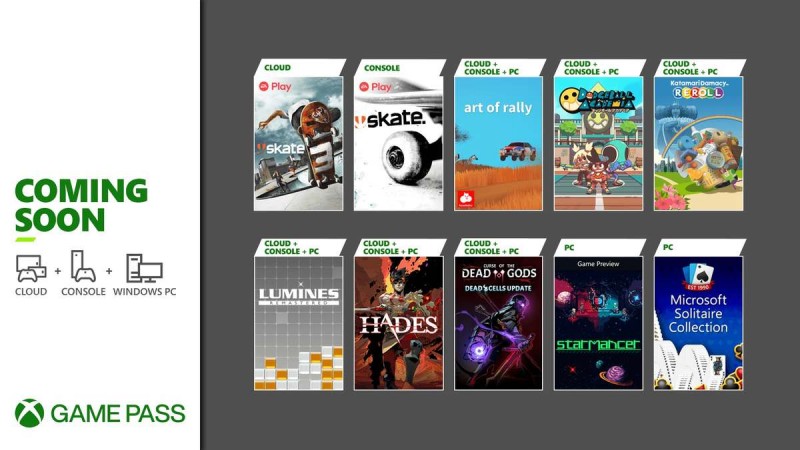 For those that may not have Game Pass yet, there are two options available: the standard membership and Ultimate. Xbox Game Pass is $9.99 per month, with Ultimate coming in at $14.99, including Xbox Live. With Microsoft making some big moves in recent years – the recent Bethesda acquisition and more on the way – the internal ecosystem at Xbox continues to grow. This means more AAA wonders and indie darlings will be yours to play at no additional cost.

If comments are still showing as disabled, a site update is happening on our side that has caused a temporary takedown. We hope to have them back up and running soon so our community can go back to sharing their thoughts with us about everything gaming-related!