With ongoing stock issues, it’s difficult to buy Nvidia’s best graphics card at anything but inflated prices. However, there is a way to build your own. It doesn’t work, and it’s made of digital wood in Valheim, but you can stare at it longingly until you get your hands on the real thing.

Youtuber Ghost Builds is a master of building anything in Valheim, from castles to entire towns. They’ve shown off an imitation Nvidia GeForce RTX 3080 Founder’s Edition built inside the Valheim universe in their latest video, complete with branding, display outputs, heatsinks, a fan, and a PCIe interface.

Impressively, the creator didn’t use a single mod when building the replica GPU, even though vanilla Valheim only has straight objects. Of course, this means it doesn’t look identical to an actual model, as it forgoes the sleek black and silver look of the original in favour of wood, while looking slightly more jagged. It puts the crypt in cryptocurrency, though.

Now we’re just waiting for a real Valheim-themed graphics card to pop up. 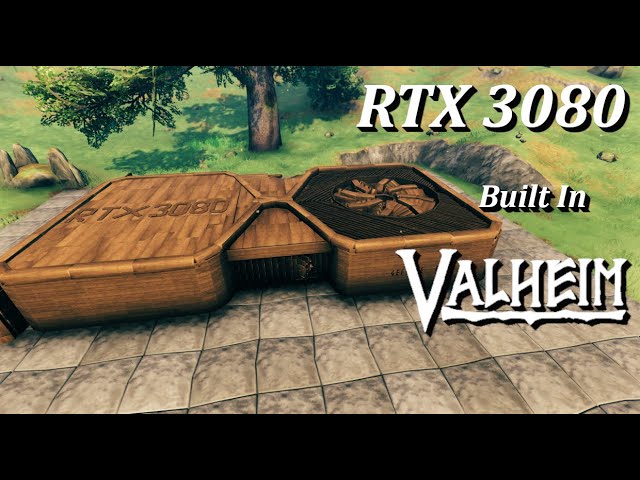 The creator’s made the item available for download, too, if you’d like to add the unobtainable GPU to your own world. Don’t worry, this one won’t go out of stock.