Neo: The World Ends With You challenges players to survive a deadly new Reaper’s Game this July. To get ready for what’s in store, I sat down and played through two complete in-game days to get a taste of how Square Enix has changed and improved the experience that the 2008 original a cult classic.

Story was a big reason why The World Ends With You became so beloved so, for those who want to go in fresh, I’ll avoid discussing specific narrative beats for Neo. Instead, I’ll break down the game’s two primary pillars, combat and exploration, to give a sense of what they entail and how it’s shaping up thus far. 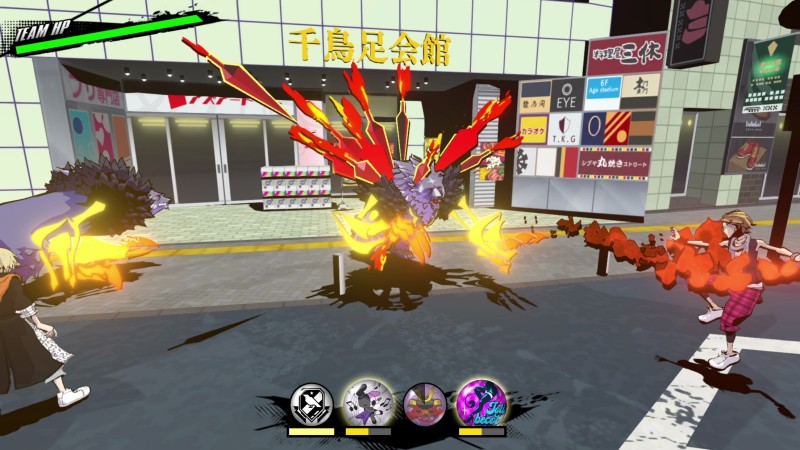 Neo’s combat is team-focused this time around, with protagonist Rindo leading his squad, the Wicked Twisters, up the ranks of the revamped Reaper’s Game. As we previously revealed, players control the Wicked Sisters simultaneously with actions for each member mapped to a specific button. If you’re a fan of games with similar setups, like Valkyrie Profile or Indivisible, you’ll probably feel right at home.

Overall, the action is enjoyable and fast-paced if not chaotic. You assume direct control of the character you’re currently attacking with, which also allows you to dodge with said character. To switch to another teammate, simply attack with them. Hitting three buttons while monitoring the respective cool-down meters of the pins equipped to them, while also dodging and switching enemy focus, does have a feel of rubbing your belly and patting your head. There’s a lot to juggle, and I only had three of the four party members.

I gradually got a grasp of things and had a better time when I began playing more strategically, staggering attacks to ensure I had at least one or two moves ready while others recharged. That said, it’s easy for combat to devolve into just spamming attacks which is also fun in a mindless sense. The two bosses I faced, however, required a bit more finesse in timing my assaults due how much sturdier and and quicker they were. 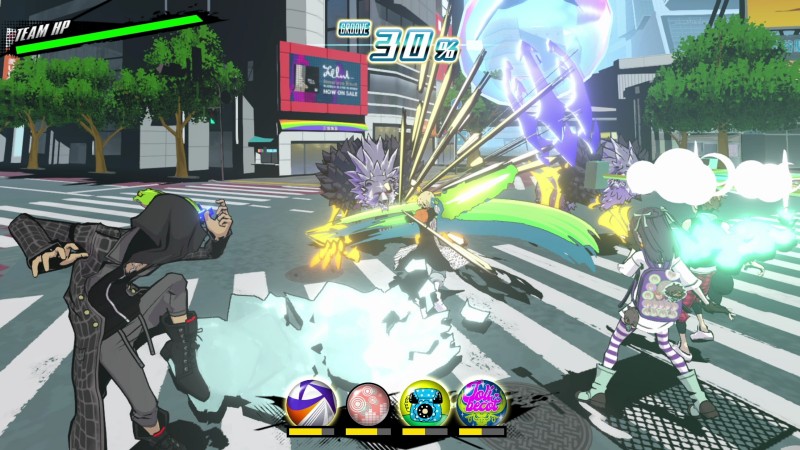 In terms of pins, which dictate your offensive abilities, I gave Rindo variations of a melee slash attack. His buddy Fret specialized in fireball style projectiles. Minamimoto, the powerhouse of the bunch, utilized charge-style heavy attacks, such as a flying kick and summoning ice pillars to launch foes airborne. There’s a rhythm to dealing out each character’s offense due to the varying speeds at which they act. Nailing attacks in succession triggers a kind of stagger state in the enemy rendering defenseless for a brief period and allowing players to deal additional damage. Overall, combat is much more involved than in the original, and I had fun experimenting with different ability loadouts to take down monsters with.

On the subject of pins, there are dozens upon dozens of them to collect. The ones I obtained mainly came from defeated foes as well as scripted story moments. Pins level up and become stronger the more you use them. They all have a hard cap that doesn’t take too long to hit, which encouraged me to always want to swap out for fresh pins to level up (something I obsessed over in the original).

Enemies can only be seen and encountered while in scan mode, and they take the form of fiery red energy balls. Walk into it, and you’ve got a fight on your hands. However, you can also run into multiple enemies to engage in back-to-back battles. The benefit of this approach is earning greater rewards as well as being able to clear the streets a bit faster – for a little while at least. I began stacking battles more often since the fights themselves didn’t take long in the early going, and it’s a great way to gain more experience and stronger pins sooner than later. 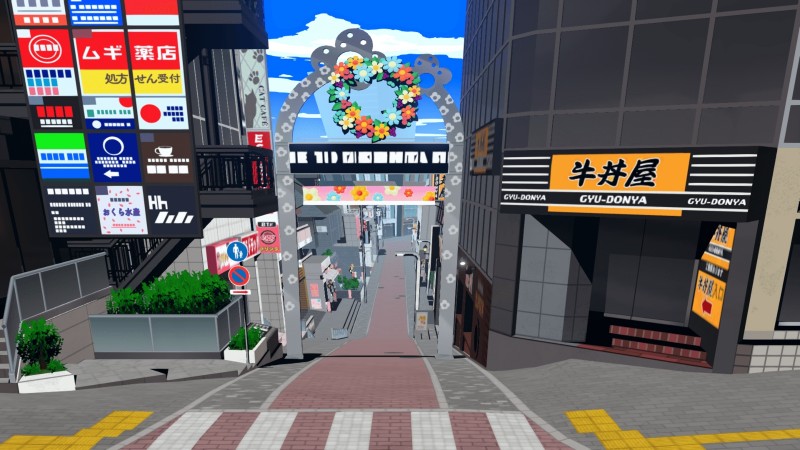 Shibuya is bigger than ever thanks to the shift to full 3D environments. Despite this, the camera is fixed with the perspective changing as you enter different areas. I generally prefer to have direct control of the view, but the camera angles were largely unobtrusive and always showed me what I needed to see.

Like the first game, you’ll wander the streets and use your scan ability to read the thoughts of pedestrians. While most of these mental musings are mundane, some puzzles required me to search specific thoughts for solutions. Another required me to look out for multicolored skulls, which were well-hidden amongst various parts of a city intersection. In the first game, you largely moved from Point A to Point B without much do in between that outside of fighting and shopping at vendors. That’s not the case in Neo. The game threw more puzzles at me in the early hours than I expected. They weren’t crazy complicated, but I appreciated their diversity and they offered welcomed breaks to the fighting. 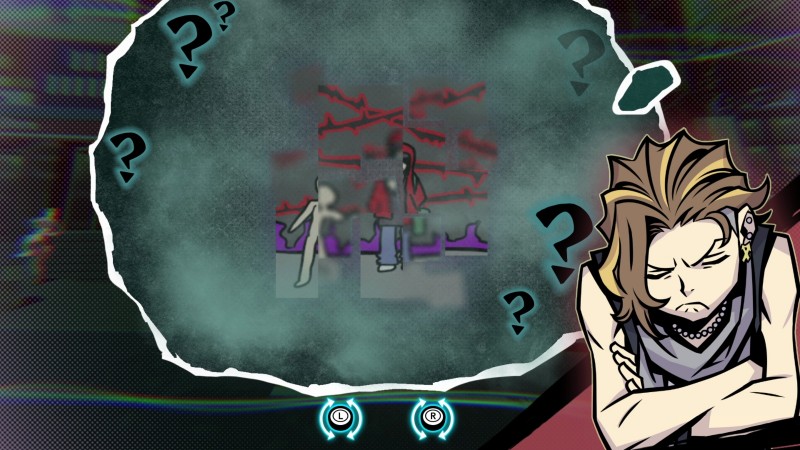 My favorite puzzles involved using Fret’s psychic ability, Rewind. One mission tasked us with tracking down a graffiti artist to discover the original appearance of a design that had since been painted over. First we had to scan around for a mind familiar with the artist’s appearance. Once I did, activating Rewind forced that person to focus on that particular memory. This takes the form of a cut up picture, the pieces of which come together by rotating both analog sticks in the correct positions until the mental image becomes whole again. Once I got a clear view of my subject, all that was left was to search the streets around until I found the artist.

It’s a neat little power, and every member of the Wicked Twister their own unique ability. We already know about Rindo’s Rewind power, which allows to relive and change certain events once per day during scripted sequences. I’m itching to see what the other team members bring to the table.

This is just a sample of what Neo: The World Ends With You has to offer, but I had a great time exploring this expanded Shibuya and getting to know Rindo and the gang. The charm and sense of style that made first game so endearing seems to be intact but with a lot more bells and whistles on the gameplay side of things. To learn more about the game, check out this list of 6 other aspects about the game we learned during an interview with the development team.

Neo: The World Ends With You launches for PlayStation 4 and Switch on July 27 and comes to PC later this year.