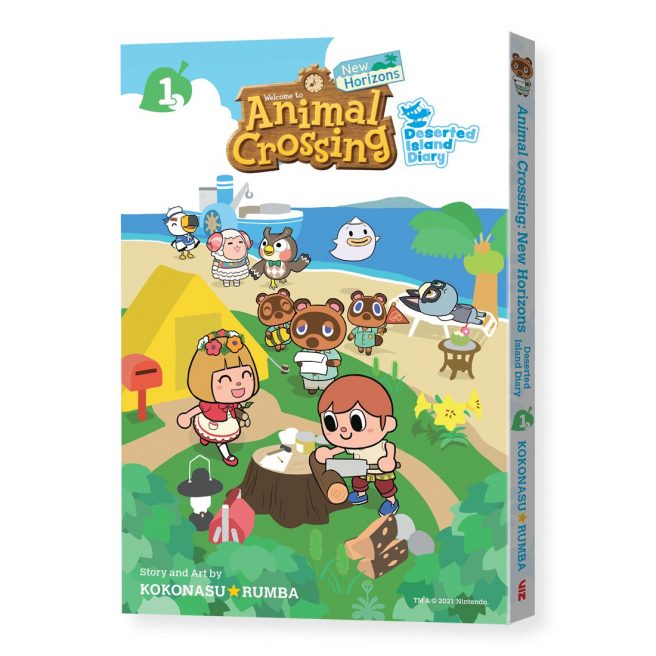 VIZ Media announced the Animal Crossing: New Horizons Deserted Island manga for the west earlier this year. Over on social media, the company provided more information about the English release.

The first volume of the manga is scheduled for September 14 in North America. We also have the English cover above.

Join your favorite villagers from Animal Crossing: New Horizons for all-new adventures in this official manga!

What do the villagers of Animal Crossing: New Horizons get up to when you’re not around? Find out all about their antics in this hilarious manga filled with goofy gags and silly stories! Plus, read comics that highlight each villager, as well as get tips and tricks for playing the game in a special bonus section.