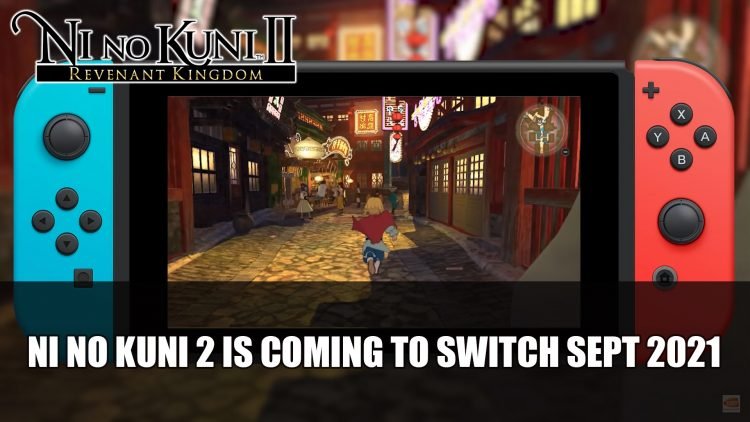 Bandai Namco have confirmed Ni no Kuni 2: Revenant Kingdom will be coming to the Nintendo Switch in September 2022.

Ni no Kuni 2: Revenant Kingdom features a story about a young prince, Evan Pettywhisker Tildrum who is the ruler of Ding Dong Dell. But treachery is afoot as his advisers decide to depose him, forcing him to wander the world of Ni no Kuni 2, in the process trying to reunite the lands and take back his rightful place on the throne.

The DLC packs included in this edition are The Lair of the Lost Lord which released in 2018 that adds The Labyrinth to explore, new quests and combat additions. There is also the Tale of Timeless Tome which released in 2019, that takes place in Evan’s dreams. Originally the DLCs were part of the season pass or available individually, but the Prince’s Edition ties this all up in one neat package.

What sets Ni no Kuni apart from other fantasy titles is the aesthetic which was co-developed with none other than Studio Ghibli, bringing the vibrant fantasy world to life.