Not long after the arrival of polygons on the video gaming scene, many developers began placing ‘Easter Eggs’ in their big 3D games that contained references to their older 2D work and even included entire games on occasion.

In an age where companies have wised up and realised gamers will actually pay separately for these old games in non-physical form, it’s far less common these days — you’re more likely to find 2D classics bundled into a collection or as part of a value-add ‘service’ such as Nintendo Switch Online — but in the past we’ve seen some rather generous examples of games within games, and we’ve rounded up some of the best examples of unlockable original games ‘hidden’ in other titles on Nintendo systems.

Obviously, we’ll be sticking to Nintendo games below, and we’ve omitted any compilations so you won’t find the Japanese version of Sonic Gems Collection (which included the Streets of Rage trilogy), for example. We’ve taken a couple of liberties in the name of fun, too — it’s all detailed in each entry. Complaints to the usual address.

So, let’s take a look at some of the best ‘games within games’ you can find on Nintendo platforms, in no particular order…

A bunch of NES games

Let’s start with the bleedin’ obvious one. Or ‘ones’. In the various versions of Animal Crossing (Forest in Japan) across N64 and GameCube, a whole bunch of Famicom/NES games were available to find and play, including Balloon Fight, Clu Clu Land, a host of Donkey Kongs, Excitebike, Golf, Tennis and Punch Out!!. Some were gifted by your animal pals, others were only obtainable via giveaway codes from Nintendo or through the use of the e-Reader GBA accessory. Yet others (such as Super Mario Bros. and The Legend of Zelda) aren’t accessible without using an Action Replay.

It’s not a huge collection, but in the days before Nintendo monetised its back catalogue via the Virtual Console, this was a treasure trove of retro goodness thrown in for ‘free’. 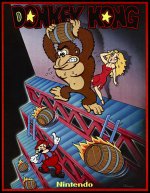 Located in Frantic Factory, Donkey Kong 64 was the only official way to play the original arcade version of Donkey Kong for many years until the Arcade Archives version appeared on Switch. DK64 also featured a double dose of retro goodness in the form of the Rareware classic Jetpac in Cranky’s Lab.

Three games in one, then. Even with the expense of Nintendo’s cartridges versus Sony’s CDs, you can’t argue with value like that. Bananas!

Say what you like about the main game, but the included bonus games found on this second Rogue Squadron sequel from Factor 5 made it a must-own for any discerning Star Wars fan.

Accessed via unlocks or password, Rebel Strike includes the original Atari arcade coin-ops of Star Wars, Empire Strikes Back and Return of the Jedi to play on your GameCube. Throw in the included multiplayer version of Rogue Squadron II, too, and you’ve got an essential purchase, even if the game on the box is a bit rubbish.

Indiana Jones and the Fate of Atlantis

Found in: Indiana Jones and the Staff of Kings (Wii)

The Staff of Kings released at the height of the ‘Wii waggle’ era and is hardly a classic, but it delivered a relatively satisfying one-two punch of globe-trotting cinematic action and derring-do that hit us squarely in the nostalgia chops. Perhaps the biggest nostalgia hit, though, came from the inclusion of point-and-click PC classic Indiana Jones and the Fate of Atlantis, complete with Wii pointer functionality.

Accessible once you’d completed the first level having shot down four planes (or you can enter a cheat code if you’re one of those Cheater S. Cheatsons), it’s a fantastic bonus which more than makes us for any disappointment you might feel from the headline game. 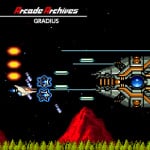 Found in: The Legend of the Mystical Ninja (SNES)

We’re stretching the definition of ‘full game’ well past breaking point here, as the Gradius mini-game in The Legend of Mystical Ninja on SNES is only the first level of the arcade classic. Still, playing that level on a huge Konami-branded monitor in the game’s Game Center is too fun for us not to include, so here it is!

Accessiible at the terminal by typing ‘zork’, this 1980 text adventure is fully playable as an Easter Egg in COD: Blops and works as a satisfying callback to gaming’s past and a neat detail, even if the dates don’t line up with the time period depicted in the game. Zork was apparently a top secret game developed in the early ’60s. Given the various historical leaps and liberties made in the game, sure — why not?! 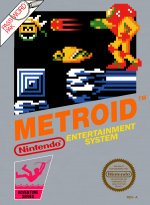 As if this remake of the original NES game wasn’t perfect enough, Zero Mission includes the entire original in emulated form as a bonus unlockable once you finish the game. In our opinion, there’s no question as to which version of the game is better, but including both on the cart means everyone’s a winner.

Metroid is also unlockable in Metroid Prime by connecting Metroid Fusion to your GameCube via the GBA Link Cable. 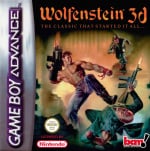 Although technically a parody version with altered bosses and elements, Wolfstone 3D: Elite Hans is fully playable in The New Colossus via the arcade cabinet in the bar on Eva’s Hammer. This in-universe version of Wolfenstein 3D switches out B.J. Blazkowicz for Elite Hans, the Nazi equivalent of a hulking great guns-blazing protagonist, and adds Terror-Billy and his Allied compadres as enemy bosses.

Wolfenstein: Youngblood also features a ‘sequel’ of sorts: Elite Hans 2: Die Neue Ordnung. MachineGames certainly had some fun putting together these side games, and it makes for some entertaining meta-textual breaking of the fourth wall.

Found in: Prince of Persia: The Sands of Time (GameCube)

Unlocked by connecting the GBA version of Sands of Time to the GameCube version via the GBA Link Cable, you could play a full port of Jordan Mechner’s original 1989 game on GameCube if you wanted.

Not the cheapest way to play, mind, seeing as you needed a Game Boy Advance, both versions of the game and the Link Cable. But do-able. The programming acumen of future Nintendo president Satoru Iwata famously meant that Pokémon Gold and Silver included not only the new Johto region, but also the entire Kanto region from Pokémon Red and Blue, too.

Doubling the size of the game and adding Pokémon and locations familiar to anyone who played the original game, it really felt like you were getting two games for the price of one. No wonder some people swear that the series peaked in Gen II. 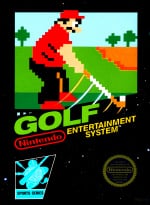 Okay, as a game hidden in firmware we’ve got ourselves another rule-bender, but we’re on the topic of the great Satoru Iwata and anyone who had a launch Switch theoretically had access — at one time before connecting to the internet and updating the console’s firmware, at least — to a special version of NES Golf.

Supposedly included by Nintendo as a ‘charm’ for the new console and a tribute to the Nintendo president who massed away in 2015, this hidden game was only accessibly if you set the console’s date to 11th July (the day of Iwata’s passing) and performed a ‘Direct to you’-style gesture with the Joy-Con, a voice sample of Iwata-san plays and Golf (a game he programmed for Nintendo while working at HAL Laboratory) appears.

Easily accessible? Nope, but it’s there. Or it was.

Here are a handful of excellent mini-game examples and random oddities that we couldn’t leave without dropping a mench:

Thanks to Nintendo Life reader Franc001 for this list suggestion! Think we’ve missed an essential game-within-another-game? Let us know below and we might just add it to the list (or give it an honourable mention, at least).