Consoles have become pretty close to PC in many ways over the years, with PS4 and Xbox One utilizing the same x86 instruction set that most desktop CPUs use – as opposed to the PowerPC and Cell chips found in consoles like the PS3 and Xbox 360 respectively. This has in turn, calls for a number of comparisons to PCs with new consoles often being touted as the most bang for your buck. Of course, owning a gaming PC or a console has its own set of advantages and disadvantages – that’s undebatable.

That being said, it’s always interesting to validate time after time again whether claims of consoles being the ultimate way to play at a budget are indeed true? With this in mind, we try to build a PC using all-new off-the-shelf components that should give performance results as close as possible or even better when compared to Sony’s latest and greatest.

Note: The pricing of hardware is based on what they were during the time of writing of this feature, and may change in the future. Also, we have tried to include components that were close to the PS5’s hardware as it’s not feasible to have a 1:1 component list. 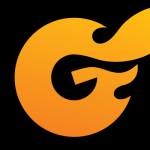