Psychonauts 2 has a bit of side content, and you can take on Lili’s sidequest early on. Lili is understandably shaken up by the state her father’s in. You may not find her if you don’t look around, but she’s hanging out to the left of the HQ. That’s while facing it, not exiting. So, it’s on the right while on exiting. You get the picture. This little spot is actually Lili’s own getaway where she even does some, er, creative gardening. Just go up and talk to her and she’ll reveal that she’d like Raz to find her a special kind of fungus to use as medication to help her father. You can’t just ignore Lili, can you? This guide will tell you where to find the fungus in Psychonauts 2.

How to complete Lili’s sidequest in Psychonauts 2

The fungus is located in the Questionable Area, and there are two ways to reach it. Both ways require you to go to the waterfall in the Questionable Area. You already know that, though, because the quest description mentions the fungus is at the top of the waterfall. You see those logs moving up the damn thing? Yeah, you do. If you’re like me, you repeatedly tried to ride up them as soon as you could, only for Raz to get fruitlessly launched out of bounds.

Before you can think of getting up there, you’ll need the time bubble ability. You can get that by starting the Psi King levels, aka the mind world where you “put the band back together.” Just go to Otto’s, grab the only brain you can take from his weird brain depository, and go talk to Nick in the mail room. You’ll get the time bubble ability very early on. The ability does exactly what you’re thinking: it slows things down. Yes, you’re going to need to use this on the logs by the waterfall. 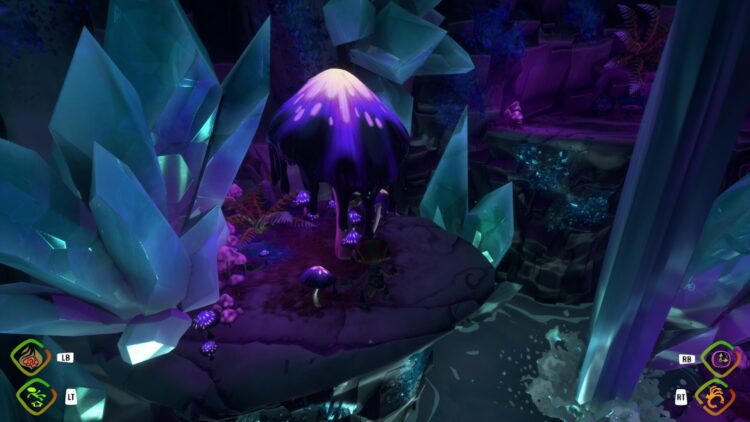 Now that we’ve got the time bubble, we’re ready to watch radar. I mean, get the fungus. You can either do this the fast way or the slower way. The fast way is to jump on a log while it’s in the river, then hit it with time bubble to slow it down. Make sure to reorient yourself when the log goes from horizontal to vertical, or Raz will fall in the water. Next, you just simply keep slowing the log down until you see an opening in the water leading to a cave. As for the slow way, you’ll have to go past Augustus and Nora and find the funicular. Just put the three gears back on the control box and it’s activated. Ride it to the top and then take the walkway to the side of the waterfall.

It’s worth mentioning that hitting the waterfall itself with the time bubble will slow down the logs underneath where it hits. This is an extra simple way to make your way up without risking a fall. Once you’re inside the cave at the top, look at the giant mushroom in the back of the center area. Approach that and position Raz so that he gets the prompt. Boom, and that’s where to find the fungus in Psychonauts 2. Once you’re done, use the slide to leave the cave and go back to Lili to complete the side quest. Your reward is a single rank up. It’s not that great, but you got to see a cool cave, at least. 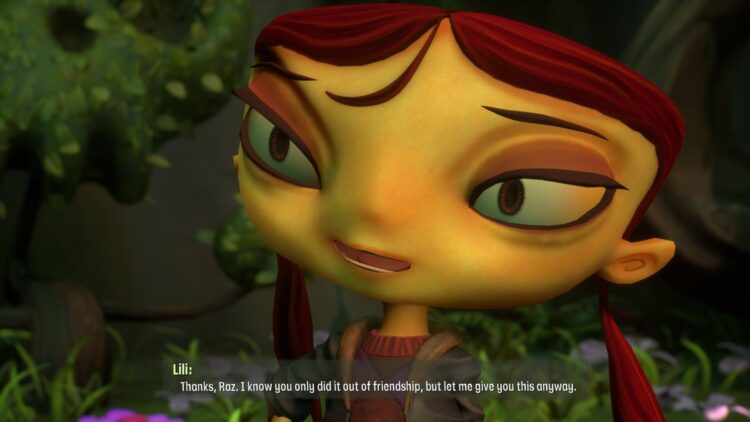