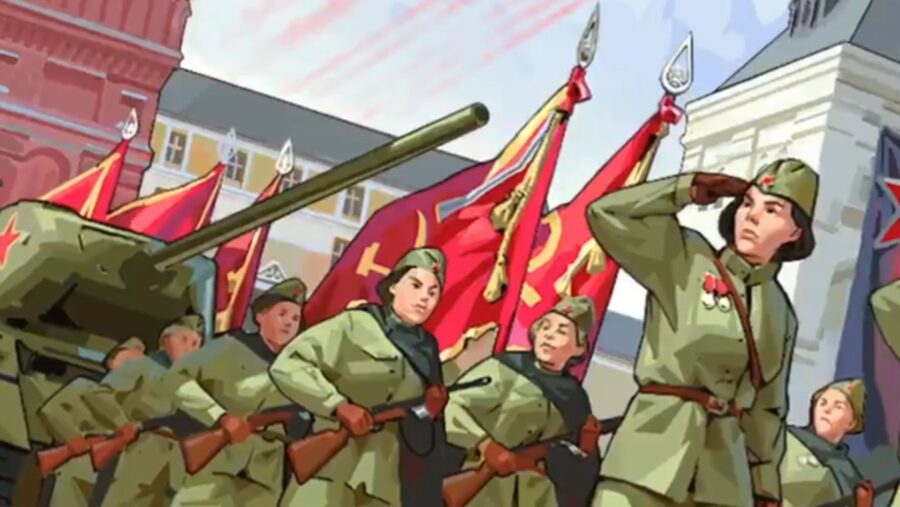 Humankind, the upcoming 4X game from Amplitude, will feature the Soviets as its seventh contemporary-era culture. Amplitude revealed the culture today, along with its gameplay orientation. Like their fellow contemporary culture the Americans, the Soviets are an expansionist culture, meaning they’ll be focused on capturing territory and expanding empire during their era.

The Soviets’ emblematic unit is the Red Army Tank, and the artwork revealed today shows what is clearly the T-34. The USSR produced massive numbers of these tanks beginning in 1940, and they formed the bulk of Soviet armour throughout World War II. They remained in service in the USSR up through the 1980s, and are one of the most recognisable tanks of the 20th century.

For an emblematic district, the Soviets have the Arms Factory, which is fairly straightforward: this is going to be a district that provides a boost to military production. How exactly that will work is unclear, but it seems likely that the Soviets will be good at producing and fielding large numbers of units to pursue their era-specific objectives.

And for the seventh #HumankindGame Contemporary Era culture:

Will you play as the Soviets in the Contemporary Era? ? pic.twitter.com/jrxpfed9if

The key art in this reveal shows a unit of Red Army women in a military parade. Women played a major role in the Soviet army throughout World War II, with many earning decorations for their service as snipers, aviators, medics, and as partisan resistance fighters against the Axis invasion.

The Humankind release date is scheduled for August, but there are plenty of other strategy games available on PC to keep you busy until then.