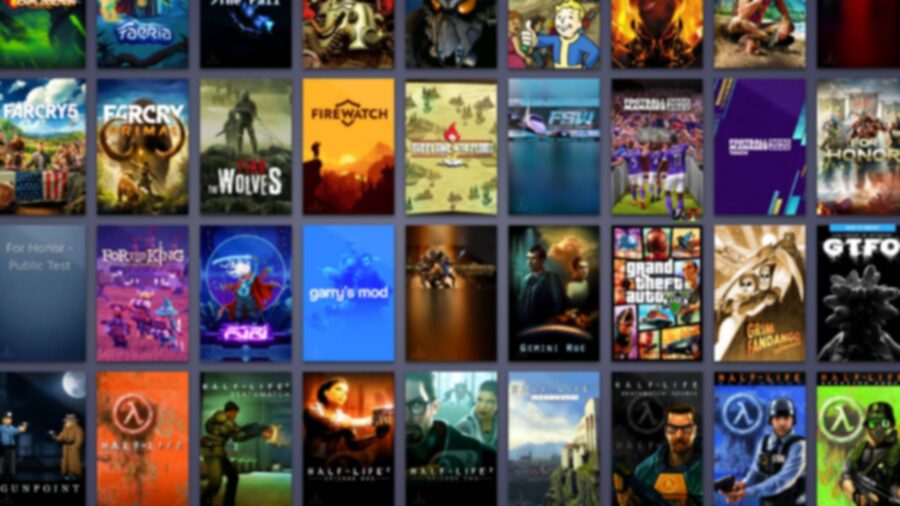 Steam‘s library features have gotten pretty robust over the years, but one thing that could be clearer is just how much space each game is taking up. Sure, you can check any given game’s install size by checking the ‘local files’ section of the properties menu, but that doesn’t let you see everything you have installed. It looks like Valve has a solution in mind, however.

Dataminers have picked up a new ‘library manager’ view hidden in a recent Steam update. The tool is nowhere near final, as the sparse UI in the screenshots can attest, but as it stands it provides a list of games in your Steam library folder with their install size displayed right next to the titles.

There’s also a graph that shows how much hard disc space is taken up by games, DLC, Workshop mods, and other odds and ends. It appears that this will work across multiple library folders, too, so if you have your Steam games spread across multiple hard drives, you can keep an eye on each of those install paths.

It looks like a pretty slick new downloads page is on the way too, and this update is also the one that first provided word on Valve’s apparent new SteamPal initiative.

Library folders in Steam are being remade as a library manager, which displays a breakdown of what is taking space. (It’s work in progress)

The update that leaked SteamPal keeps on giving!

For some free Steam games to fill up your hard drive, you can follow that link.