After the most recent Pokemon Trading Card Game expansion, Battle Styles, most probably could guess what would follow. After all, if that set featured Sword and Shield’s Isle of Armor expansion, wouldn’t Crown Tundra come next? So yeah, Chilling Reign isn’t exactly surprising. But it is cool, in more ways than one.

First: it enhances the “strike” ideas in Battle Styles. The two factions of cards return, Single Strike and Rapid Strike, adding more to their synergistic strategies. The Sword and Shield starter lines are powerhouses, but more importantly for competitive play, there are more Pokemon V.

There are also new support abilities, letting those extra creature slots enhance the active Pokemon of each team. For example, Rapid Strike Passimian helps deal more bench damage. And new energy! Impact Energy and Spiral Energy cards provide any energy type, making it easier to play all your Strike cohorts in one deck. Atop that, they also provide immunity to a special condition. Which might not come up much? But it’s a bonus.

Chilling Reign also focuses on the new Crown Tundra creatures. Especially Calyrex. The legendary rider shows up in two forms, each with a V and VMax form. They’re both powerful, but they play very differently. Ice Rider Calyrex is destructive: powerful, but also a resource hog. Shadow Rider Calyrex is more tactical, as you’d expect from a Psychic-type card: applying counters rather than dealing direct damage and preventing opponent strategies.

Also making an appearance? The Galarian forms of the original legendary bird trio. They’re cool-looking! And rare, so don’t count on finding one in a handful of packs. They each embrace both the old and new sides of these Pokemon. Zapdos is looking for a fight now, but it drains opponents’ energy when it strikes. Moltres feeds from the darkness of the discard pile, but still gets a nasty kickback from its flame attacks. Articuno still attacks with its signature beams, but uses its new psychic powers to sift through your cards.

If it feels like Chilling Reign is all over the place, that’s natural. Due to the difference in markets, Western Pokemon sets are built from cards of Japan’s smaller expansions. So yeah, there’s a bit of a Battle Styles sequel in here. And a Crown Tundra set. And some other stuff that is just kind of in here, like a full set of Castform. 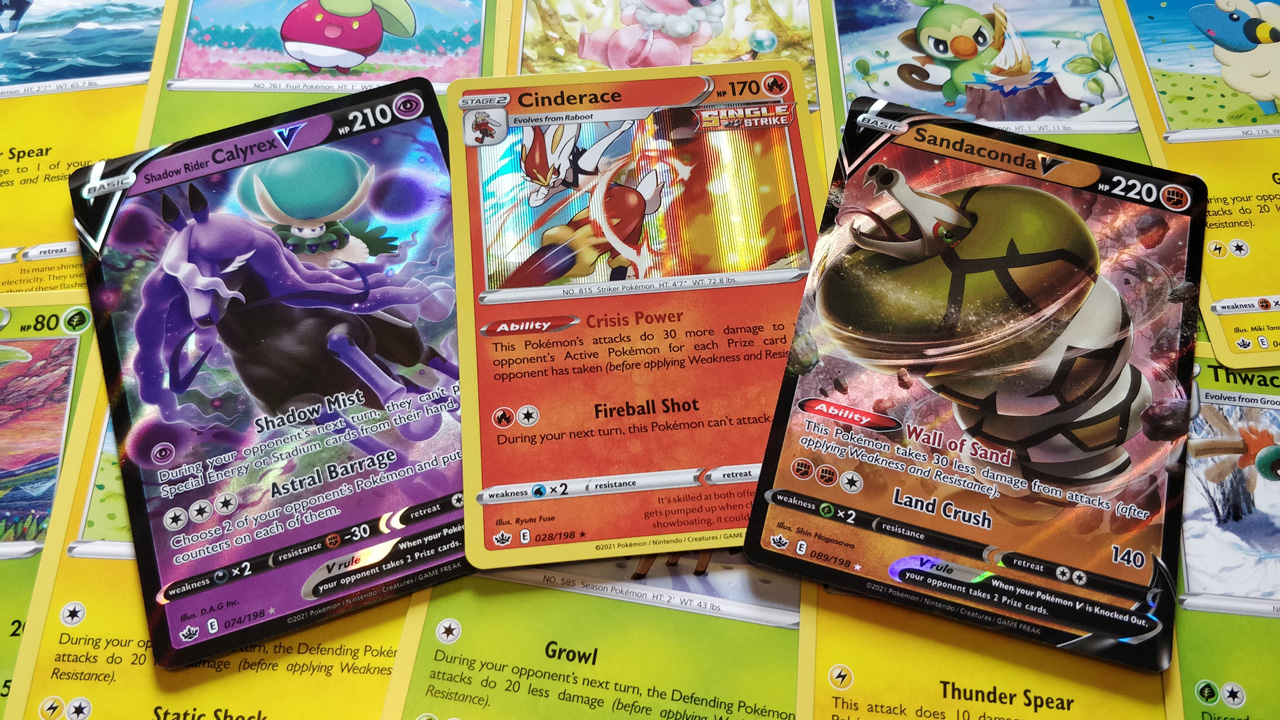 It’s an interesting time in the Pokemon life cycle. The card game generally introduces new ideas with a new region, iterating upon it for a few years before doing it again. We’re in the twilight of the Sword & Shield era, sort of? While the branding generally doesn’t shift with remakes, fresh design concepts will likely debut with Brilliant Diamond and Shining Pearl. And again with Pokemon Legends Arceus. It’s now that we’re seeing more experiments, more ideas saved from the scrap heap before their opportunity passes. And that can be fascinating.

The Pokemon TCG Chilling Reign expansion will release on June 18, 2022. It follows the Battle Styles expansion, which launched in March 2022.