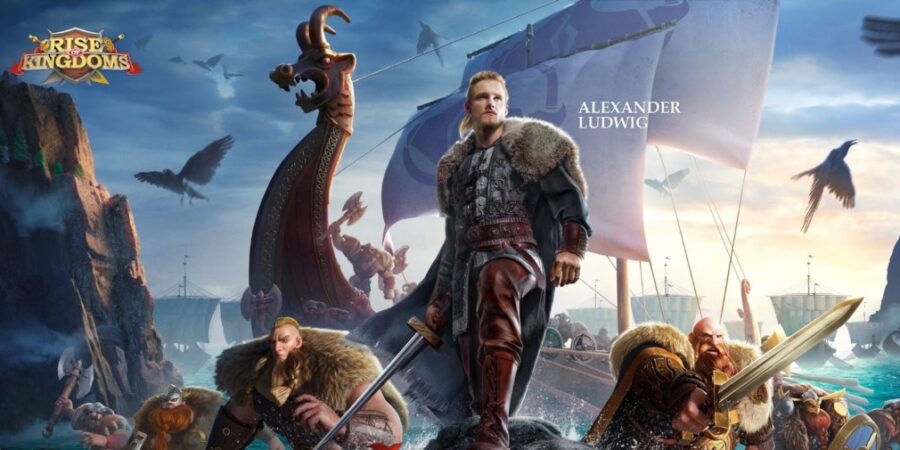 Lilith Games’ strategy title, Rise of Kingdoms: Lost Crusade, has recently been updated to introduce a Viking faction. That also means two Norse leaders will join the roster alongside other historic figures such as Sun Tzu and Julius Caesar.

There two Viking leaders you can select between are Björn Ironside and Ragnar Lodbrok. Regardless of who players decide to use, they can lead elite Berserker units into battle to crush their opponents. To coincide with this fearsome army’s arrival, Lilith Games has created a new cinematic trailer, which you can see below.

In addition to providing new units to lead into battle, the Viking update will also change the look of player’s cities. The centrepiece of these Viking-themed kingdoms will be the City Hall, which has been recreated using historical research to make it look as authentic as possible. Here, players can proudly display their spoils of war and hold war councils with their allies.

To celebrate the new faction’s arrival, Alexander Ludwig – who plays Björn Ironside in the TV series Vikings – will appear in a special Rise of Kingdoms video. It’s not the first time Lilith Games has acquired well-known talent for their game either, with Elijah Wood previously appearing in a commercial for AFK Arena.

If you are unfamiliar with Rise of Kingdoms, it is a real-time strategy game where you will be able to wage war with one of 12 historical civilisations. It has proven incredibly popular since it first launched, with over 30 million downloads since then.

Rise of Kingdoms is available now over on the App Store and Google Play. It’s a free-to-play game with in-app purchases.

Looking for more strategy games to enjoy on your phone? Here are 25 of the best available for iPhone and iPad