I’m a sucker for pet raising simulations on systems. As long as they’re cute and aren’t too geared toward kids, I’ll play it. I especially love when they get breeding elements involved in a fun way. Tales of Djungarian Hamster, Success’ new hamsters simulation on the Switch, does that! It approaches it in a whole “a baby magically appeared, fully grown” sort of way. But it’s there!

And that’s how you get zebra hamsters. 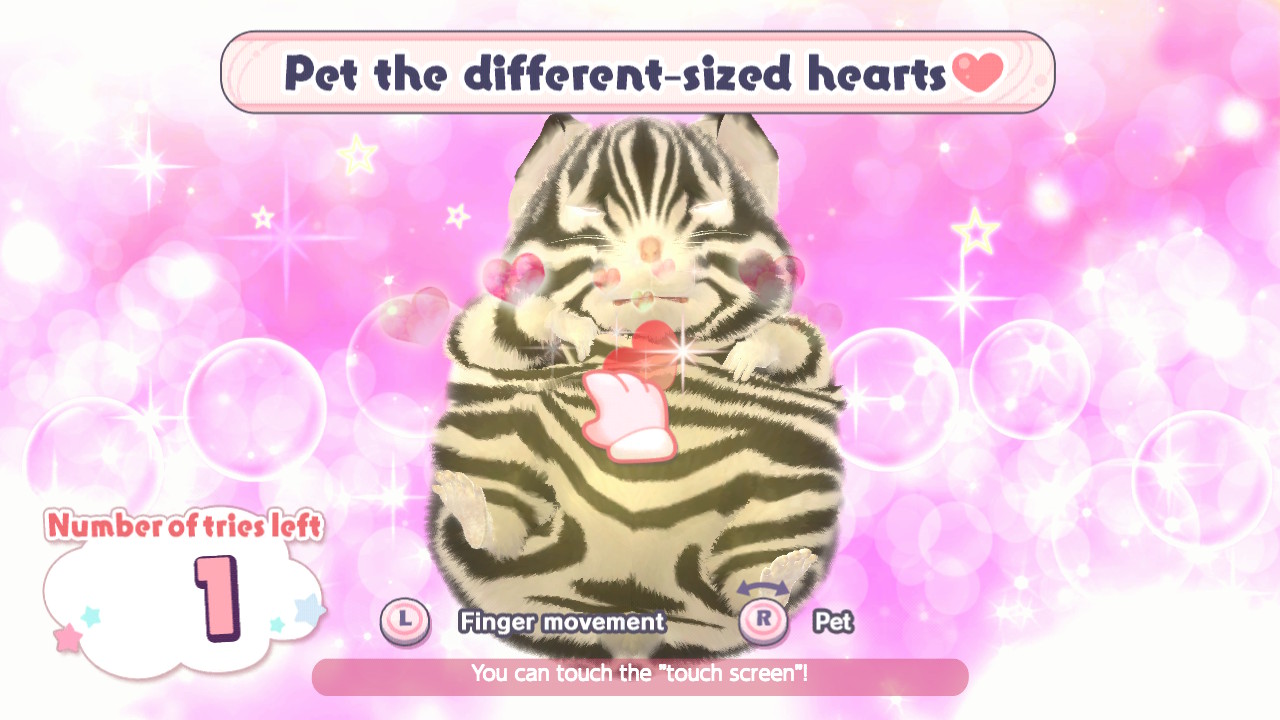 I’ve been playing Tales of Djungarian Hamster on the Switch for about a week now. From what I can tell, your goal is more to fill up a Djungarian Illustrated Guide. These hamsters have no love for you. They don’t dignify your existence. You massage and test them to get “Friend Points.” You invest those points in 500 Friend Point Matchmaking sessions. If you somehow, by some miracle, know another person willing to play the game, you can force your hamsters to go on a mealworm “date” with one of their hamsters. If you don’t, the game will randomly match you up with one of three possible partners.

Now, part of the fun of matchmaking comes from passing down traits. Hamsters can have up to three. Some are basic. You’ll get more hearts from feeding them. There’ll be more chances to keep petting if you fail the Fluffle Kerfuffle minigame. You’ll get a discount in the mall. There are even rare traits that make them more likely to spawn a special hamster when they spend time with a “special friend.”

But the joy comes from the absolutely ridiculous hamsters born from Tales of Djungarian Hamster. My first relationship paired a creamy sapphire “normal” hamster with a tiger. I got a calico “cat” hamster. The calico matched with a red bean paste hamster to make a cherry blossom “candy” one. Eventually, I got an oolong tea hamster with the Lucky Star trait, which increased the odds of birthing a rare hamster. She met a lovely oak leaf rice cake hamster and then I had a zebra. Weird? Yes. Delightful? Absolutely.

Tales of Djungarian says these are all hamsters.

There’s one thing you have to be aware of when it comes to Tales of Djungarian Hamster. That is that its translation isn’t great. It is absolutely playable. You can always understand what’s going on. But the localization also means that sometimes it doesn’t exactly watch its language! Case in point, the turtle hamster has a dirty mouth. 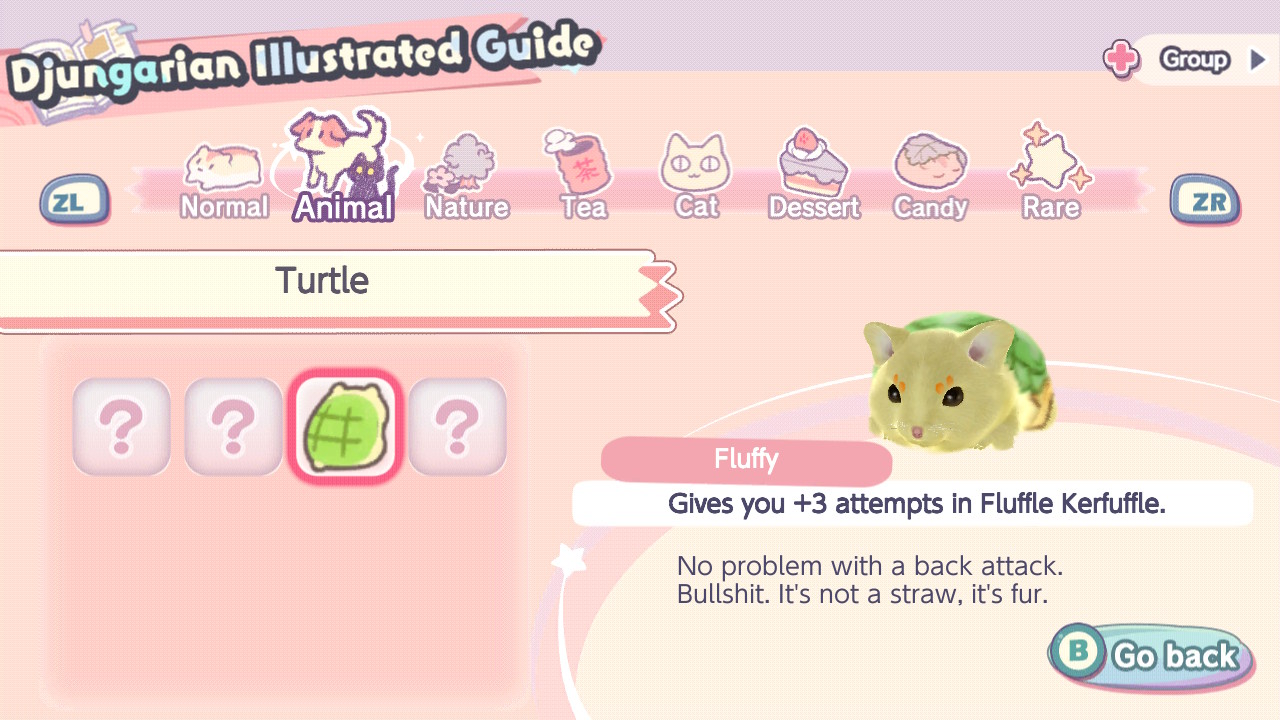 Hey! The ESRB rating here is “Everyone,” remember?

But all in all, it’s the sort of pleasant diversion you pop in and play for five minutes. Feed the hamsters. Give one of them a massage or task another with running an obstacle course for points. Then, use those points to buy them an arcade machine. Don’t forget to have you Oolong Tea hamster go “have fun” with a panda one to “magically” cause a new, fully grown hamster appear! And when you get bored of them, send them to Hammy Alley so you can make room for more. It’s a happy place, really. They can even skateboard there.

Tales of Djungarian Hamster is available in the Nintendo Switch eShop worldwide.