By now, people tend to know miHoYo for certain things. The developer’s games focus heavily on characters designed to be incredibly appealing. They’re also all free-to-play, relying on gacha mechanics to make money. The otome like Tears of Themis ticks both of those boxes. An investigative adventure, it combines lawyer-adjacent activities with collecting cards of incredibly attractive men. And, while it isn’t a traditional sort of otome, it falls in line with what people have come to expect from titles like Mr. Love: Queen’s Choice. 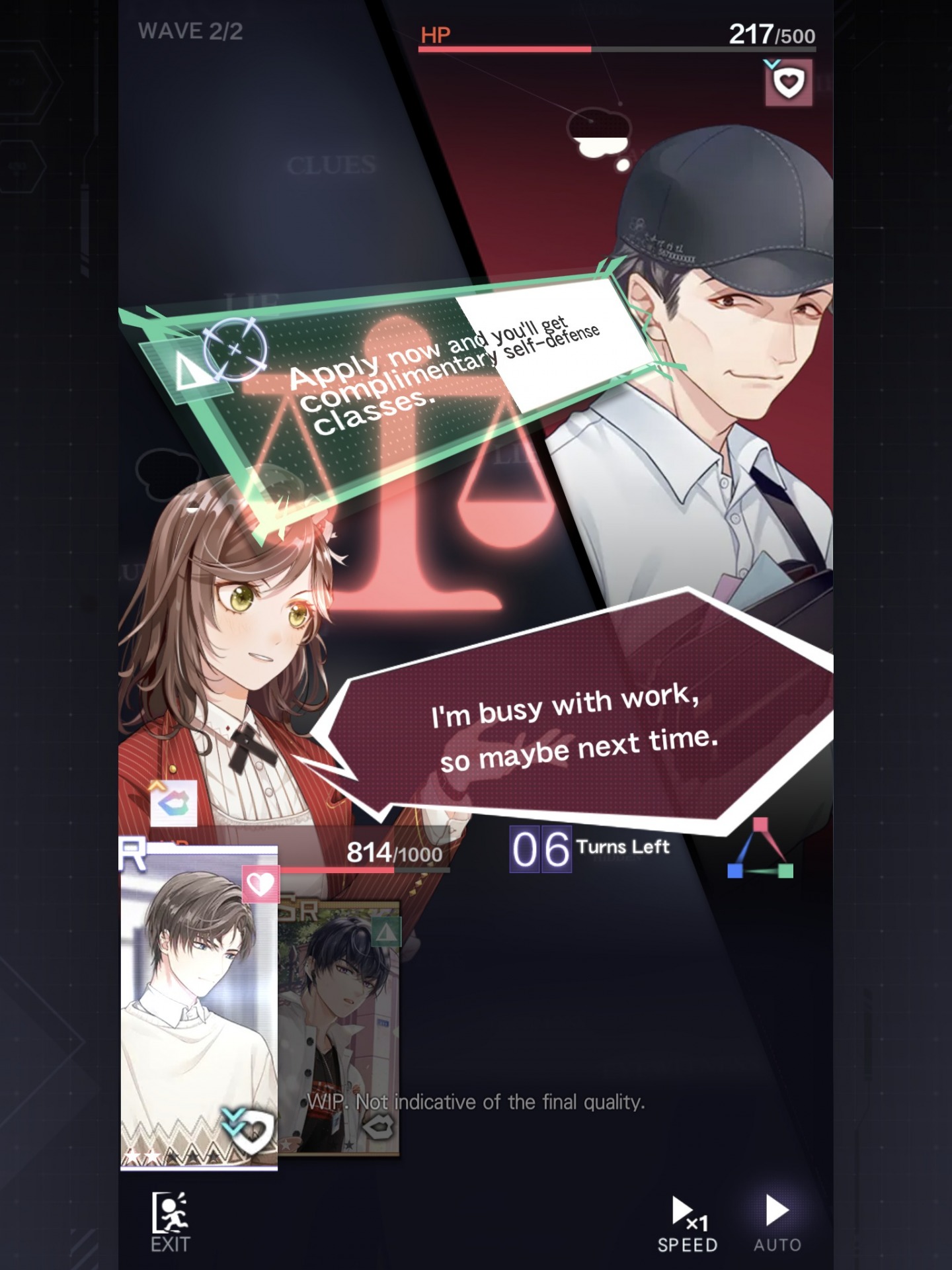 In Tears of Themis, players follow a lawyer at the Themis law firm. Her career is about to begin, and we’re there to see it take off. However, there’s more to it than getting involved in cases. Which involves the typical pattern of questioning people involved, investigating crime scenes, and going to court. There are also four incredibly attractive men who are detectives, lawyers, or in similarly prominent positions involved in all these proceedings (and her life). There’s also a shadowy X-Note investigation dedicated to finding out why the futuristic city of Stellis is suddenly facing so many threats.

There’s a certain pattern to Tears of Themis that, thankfully, isn’t too demanding of resources in its early hours and during the closed beta. The player ends up involved in some sort of case while going about her daily life as a lawyer. The two earliest ones involve a food poisoning incident at a restaurant involving poison used on pests and a designer dying after ingesting poisoned chocolates given as a gift at an event. Each “stage” in a chapter proceeds in a different way. Early on, you might find yourself talking to people to advance the story. Maybe one level could involve questioning a person involved to find out what happened. If you’re at a location, you can tap and survey the area, then look more closely at times, for additional evidence. Once you’ve gathered all the necessary data, you head to trial. At this point, you present what you have (and take part in a card fight) to prove your client is innocent.

Said cards relate to other activities intersperced throughout each chapter. Occasionally, not-related-to-the-story NPCs and actually-critical-witnesses-and-suspects will debate you. You “fight back” with a deck of cards featuring the four leading bachelors. Each one relates to a different trait (emotion, intuition, and logic), with one being stronger than the other. These have varying grades, from R to SSR, and star levels to indicate stat strength. You “win” the verbal altercation by going in with the right deck and whittling down your foe’s health/patience. Outside of these fights, you can level up each card’s experience and skills to make them more powerful.

These cards also help supplement the more otome adjacent elements of Tears of Themis. As you play, you can visit with Artem, Luke, Marius, and Vyn. The always available section involves tapping portraits to “talk” to them and unlock extra stories. However, each of the more elaborate cards also has specific stories that unlock as you level them up. For example, Marius’ Dream of Thebes card involves a story where he ends up filling in as a model. Artem’s Loving Memories SSR involves visiting a haunted house with him at a theme park during an office outing.

While it’s still early going and there could be rebalancing ahead of its official launch, Tears of Themis seems to follow in certain mobile otomes’ footsteps. It isn’t completely dedicated to the dating sim cause, even though there are plenty of romantic elements here for people to enjoy. It involves a storyline where the heroine gets to be a strong, active professional who makes her world a better place. It attempts to offer more action than a visual novel might, to engage a player. Crashes aside, it also seems like its earliest chapters might not demand too much of players’ time and resources. All elements point to an adventure that could very well be worth a try once it officially launches.

Tears of Themis will come to Android and Apple iOS devices worldwide. Its closed beta is running now. It is available in Asia.