The Resident Evil Village weapon selection isn’t bad, but there’s a few that enemies use that could be handy. A new mod gives you access to some of them, from a simple rake, to Heisenberg’s hammer, and the Lycan sickle.

More Melee Weapons on Nexus was created by MadMax, and as they put in the description, it’s an “easy model swap” between the knife, and every other melee weapon in the horror game‘s files. Sadly, this does mean none of these weapons, no matter how large and terrifying looking, are going to give you any kind of bonus. The Lycan axe will hit just as hard as the kitchen knife, which is just as sharp as Lady Dimitrescu’s knife, which is exactly as good as your standard knife. This is all cosmetic.

To use the mod, you’ll need Fluffy Manager, the mod manager for Resident Evil Village that allows you to install and remove modifications are your leisure. Handier still, Fluffy includes an FOV slider, since the base survival game doesn’t have one. Between these, you get some gnarly aesthetic overhauls to your meager knife, and an added feature to boot.

The Resident Evil Village modding scene is about as weird as you’d expect, to be honest. A recent highlight is Lady Dimitrescu’s hat getting bigger every time you see her, because why not? 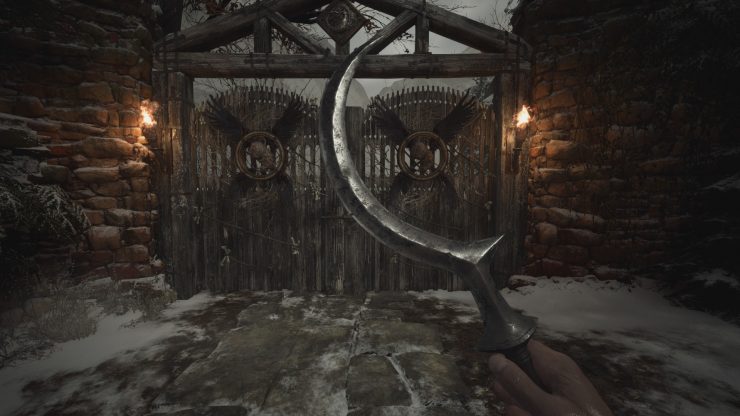