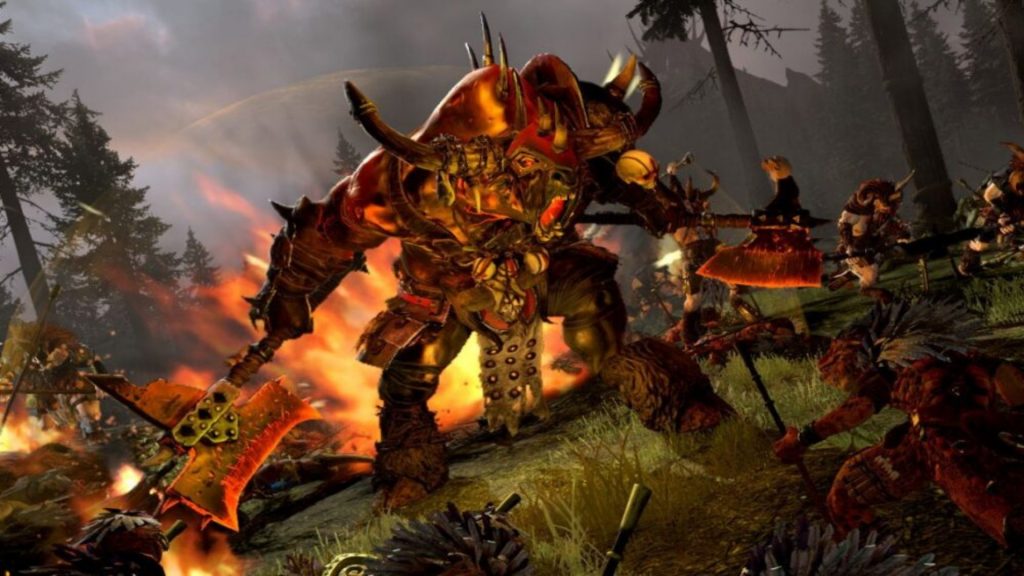 The pack will feature the return of the Beastmen faction, who are shown being led by Taurox The Brass Bull, who seems to represent the Fury part of the title. If the trailer, which admittedly does not show any in-game footage is anything to go by, Taurox will be facing off against the Lizardmen’s Oxyotl The Unseen, who seems to represent the Silence.

The Silence and The Fury isn’t the only thing that got shown off at Warhammer Skulls. Creative Assembly also revealed the next race coming to Total War: Warhammer 3: the kingdom of Khorne, led by the daemon Skarbrand. There’s no word on Total War: Warhammer 3‘s release date yet, but the game is slated to come out this year.

You can watch the teaser trailer for The Silence and The Fury below: