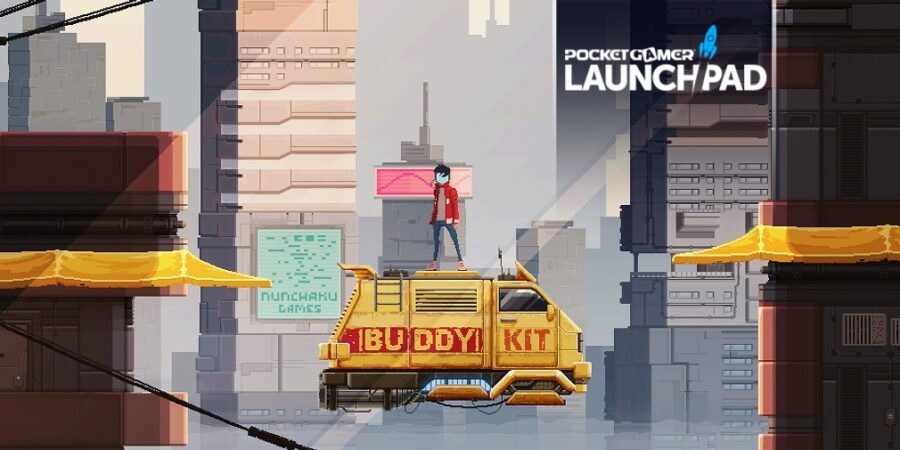 Nunchaku Games has debuted the trailer for its upcoming cyberpunk Moon Samurai, which is coming to Nintendo Switch and PC at a later date. We showed the trailer on the Pocket Gamer LaunchPad #4 stream last week.

Moon Samurai is a 2D pixel-graphics adventure game set in a cyberpunk world. You play as a martial arts master who delivers devastating attacks through deadly kicks and punches, with the game’s animations and combat mechanics actually based on Nunchaku’s personal experiences in martial arts practicing as well as hundreds of video lessons.

Nunchaku says Moon Samurai is a fusion of two great genres: platformer and beat ‘em ups, to make a single game it’s really passionate about. You scuffle against large groups of enemies and then take to the skies as you parkour through various rooftops, balconies and ladders.

Moon Samurai prioritises gameplay and fun for the player, but Nunchaku has also teased that the storytelling will be cinematic, with every scene in it being spectacular and eye-catching. It’ll have detailed retro-stylised graphics, similar to the arcade games of yore, and will be very respectful of the classics that inspired it.

You can watch our LaunchPad stream from last week above where James and Sophia take a look at the game’s new trailer, which also seems to take a lot of inspiration from classic arcade games from the 90s.

You’ll be able to play Moon Samurai later this year on Nintendo Switch and PC.