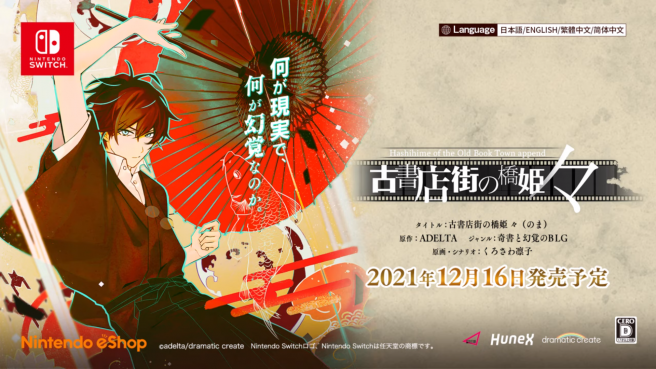 Another visual novel is coming to the Switch on December 16, 2022 called Hashihime of the Old Book Town Append. It is developed by Adelta and published by Dramatic Create, and it’s described as “mysterious and psychedelic boys love.”

The game first released in Japan in 2016 and was localized in 2019. The Switch version will support the languages of English, Japanese, and Chinese (Traditional and Simplified) and will even have new content.  There will be new story events from the original writer, an updated key visual, accessibility options such as a glossary and voice save feature, and an epilogue that makes the love interests playable.

For more details on the game, feel free to check out the trailer below!