Gutwhale is a finite roguelike.

That might sound weird, so let me explain: I really enjoy my time with modern roguelikes, but there always comes that point where I just realize that I will need to speed 200 more hours to beat the game. And then, 200 hours later, the game tells me that “actually, there is a new game+++ mode and you are not done yet!”

And then I stop playing, but the game remains in the back of my mind forever, lurking, judging me for not really finishing it.

So, with Gutwhale, I wanted to make a roguelike that was finite, that had an ending that you can reach without having to devote your life to it.

This means that while Gutwhale has randomly created levels and upgrades and achievements and different starting gear, it is a very compressed game.

The fights happen in tight rooms are very fast, so they do not take very long. When you beat all enemies, the floor breaks, so you just directly drop into the next stage.

So, once you have “beaten the game” and “escaped the whale,” a new way to escape opens. I do not want to talk about how exactly that works, because I think it is a neat surprise.

All I can say is that it gives you multiple options, so you can choose your own preferred playstyle to reach the true ending, without having to grind for ages, or be forced to get extreme reflexes, if you do not want to.

In the end, I think that all of this comes together to create exactly the kind of game I wanted to play myself: A finite roguelike!

Have we piqued your interest? Find out what happens to the dragon world when Gutwhale launches today on Xbox One and Xbox Series X|S. 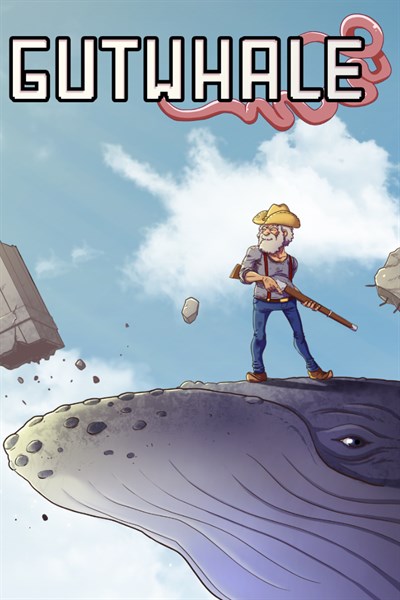 Gutwhale is a finite action roguelike, taking place in the belly of a beast! Mastering the challenges of this game will involve managing the space between you and your ammo while fighting your way through a digestive system!

Descend deep down into the gut, keep your ammo close, unlock weird hats, and get crushed by a van! Levels are randomly generated and the final challenge mode can be played forever!