Gamepads? Old news. Keyboards? Too many buttons. Mice? Too much control over your input. When you wanna play Minecraft, you need to do it with a 90s children’s toy, and luckily, one person has made that possible. If you ever wanted to play Minecraft with a Bop It, that is apparently possible – all it takes is an amount of programming knowledge and a willingness to do a lot bopping, twisting, and pulling.

Seth Altobelli breaks down the Bop It controller process in the video below (via Kotaku), but basically it involves replacing the toy’s internal electronics with a Raspberry Pi Pico that translates the Bop It inputs into keyboard commands. An additional accelerometer adds a further layer of control, and it all comes out to PC via a micro-USB port.

Want to jump? Bop it. Move left and right? Twist it. Use the hotbar? Pull it. Movement and looking is handled mostly through the accelerometer, and you can toggle between the two modes using the second bop button.

If this all gives you thoughts of when YouTuber Technoblade beat Minecraft hardcore with a steering wheel controller, that’s by design. Altobelli hopes to ship this custom controller off to Technoblade for a semi-sequel to that absurd effort. 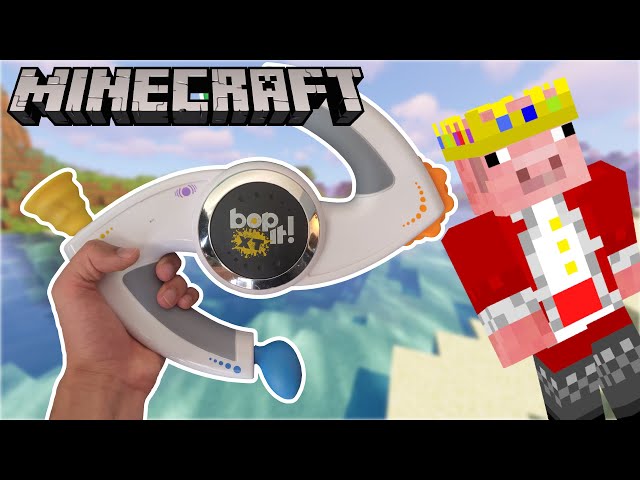 Is it time to add the Bop It to our list of the best PC controllers? I mean, probably not, but it would be pretty funny, right?