One flaw in Story of Seasons: Pioneers of Olive Town kept me from making the most of my initial time there. The love interests weren’t interesting. Sure, they looked cool. But the game doesn’t do a good job of selling them as potential characters. They’re sort of there. Romancing both Damon and Iori didn’t really tell me much about their personalities, beyond their likes and what they “did.” Pioneers of Olive Town’s Neil is the first DLC bachelor to appear and he comes across as a much stronger character.

Now, to be fair, we’re going into Windswept Falls, the add-on that brings Neil to the game, knowing who he is. Neil appeared in Harvest Moon 3D: A New Beginning on the Nintendo 3DS. People familiar with him know he ran the animal shop and got along better with four-legged creatures than two-legged ones. So one could go ahead and suggest, “Okay, he only seems more fleshed out because we have a preexisting relationship.” However, there’s more to it than that. Story of Seasons: Pioneers of Olive Town handles him better. 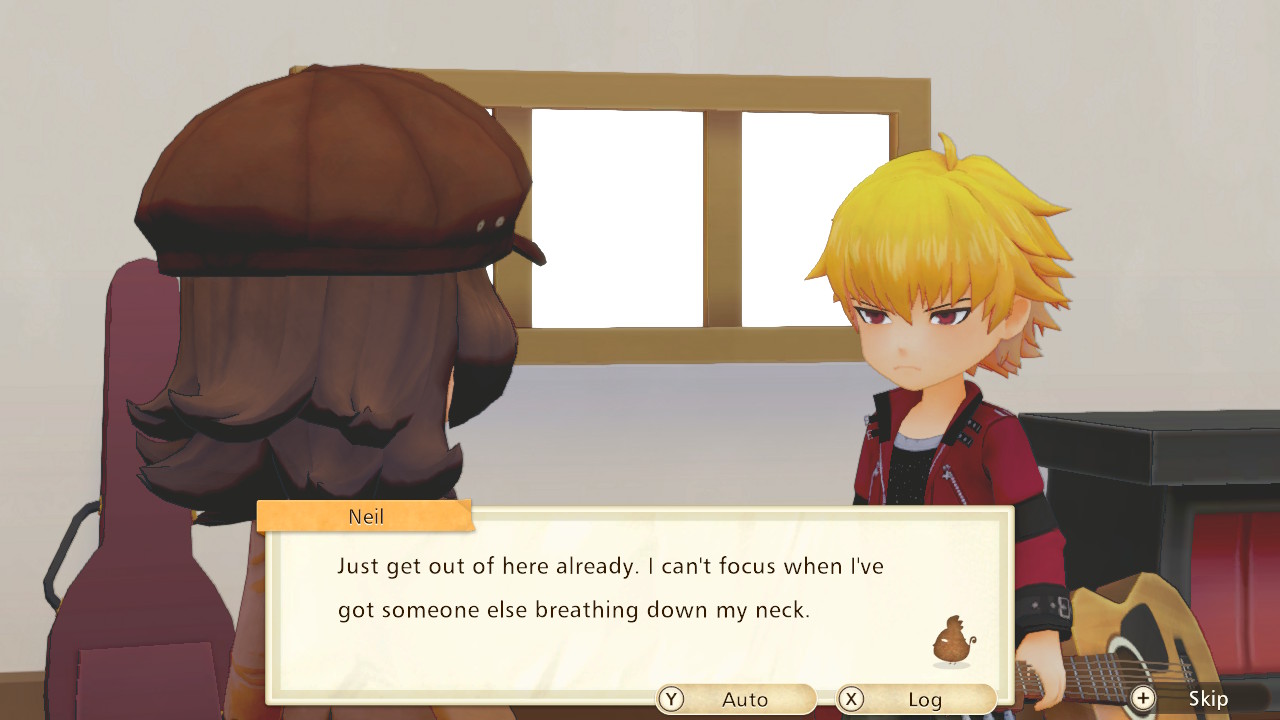 Editor’s Note: There will be spoilers for the first two heart events with in Story of Seasons: Pioneers of Olive Town below.

His first heart event is a good example. You enter the home where he is staying and find him playing music. This catches him off guard. Someone he’s not familiar with entered. Regardless of how you respond, he doesn’t take your response well. He explains he normally runs an animal shop. Then, he asks you to get out. So right away in this first interaction, we get that he’s not great with strangers, know what he does for a living, and know he prefers his privacy.

The Story of Seasons: Pioneers of Olive Town second heart event for Neil fleshes things out further. This time, it softens the brusque initial impression to show other facets of his personality. From outside his house, you can hear him proclaiming his love for someone. You enter the coop to find him talking to three chickens. In so doing, you learn that he’s in Windswept Falls because of Dunhill. It ends with him showing an interest in the player character. So we see that he has a softer side, can connect with and care deeply for people who matter to him, and isn’t totally averse to getting to know you. 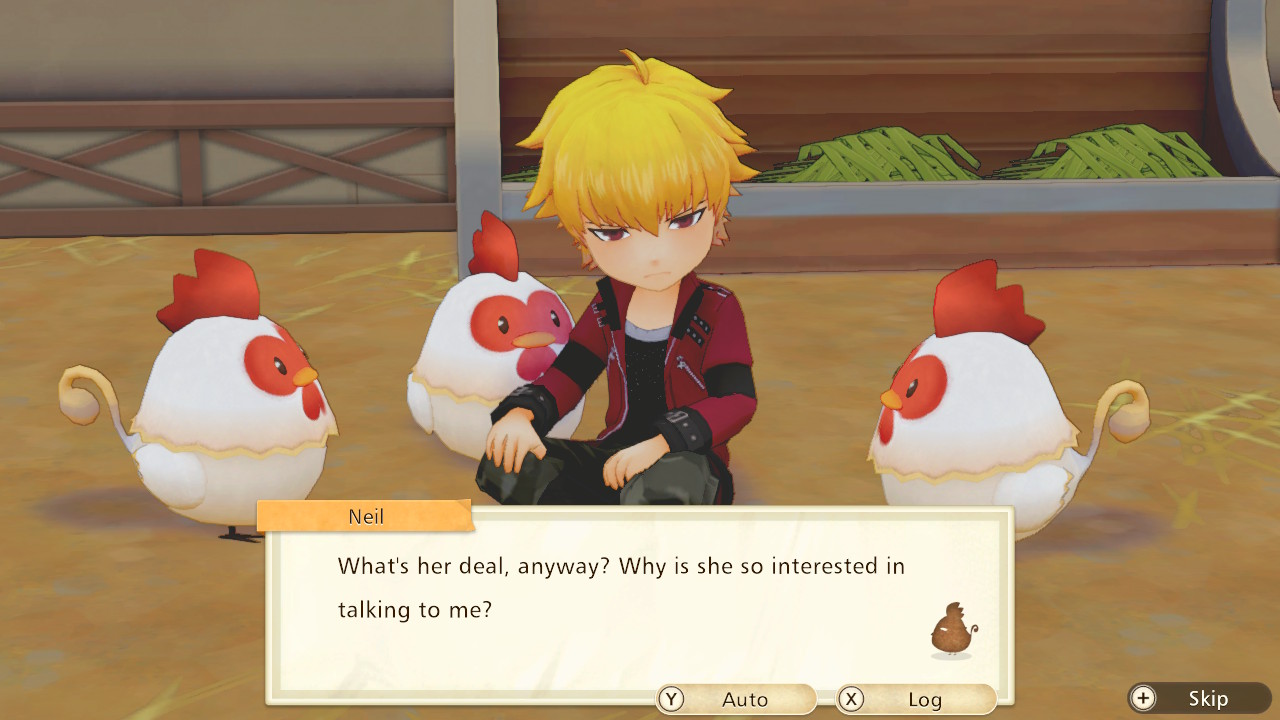 Already in two heart events, Neil feels better established in Story of Seasons: Pioneers of Olive Town than characters there since the beginning. And from what I’ve seen, each ensuing event focuses on him and who he is as a person. It’s especially contrasted well when compared to Damon, the default “edgy blonde who likes animals” in the base game. Within his first five events, I knew he liked coffee, cows, and motorcycles. That’s it. He didn’t even come across as that much of a rebel. In the same amount of time, Neil’s interactions offered so much more.

It almost makes me wonder if the extra care offered with Neil is a direct response to the reactions to the Story of Seasons: Pioneers of Olive Town default bachelors. His events have more to them, even though they are the same length. The pacing feels better. We’re being shown who he is, rather than told. And his personality comes through, instead of it feeling the like game is instead telling us what a blank slate likes and feels. It makes me optimistic for the future of this installment’s add-ons.

Story of Seasons: Pioneers of Olive Town is available for the Nintendo Switch, as is the Windswept Falls DLC with Neil and Felicia.