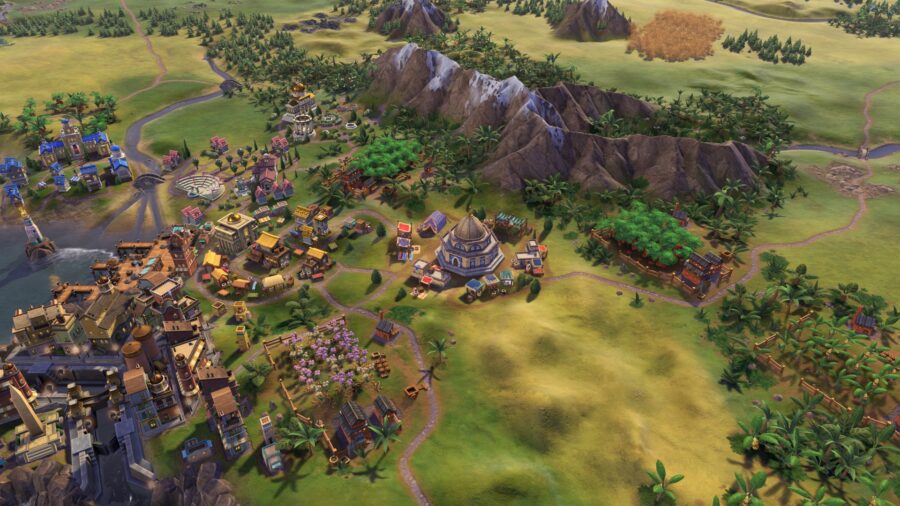 May 19, 2022 StixLord later returned to state they managed to flip the city in the end via loyalty pressure.

The Civilization 6 community has been twiddling its thumbs a bit as of late now that the New Frontier season pass has come to a close. Last week the denizens of the Civ subreddit decided to create a bunch of city-location maps, and this week they’ve been googling statues, all in an attempt to pass the time while we wait for whatever Firaxis is working on next.

Some players though are still finding the fun within Civ 6 itself, and today’s item is a galaxy-brain city placement that we can’t tell whether is genius, or just incredibly dumb. In a recent game of redditor StixLord, Peter the Great decided to found Saint Petersburg in a hex surrounded on all sides by mountains. The Putorana Plateau, to be specific.

While the city’s boundaries can extend beyond the mountains via basic culture generation and growth, because the city centre itself is locked within the mountain, no units can escape the plateau. The AI can’t send out armies to defend itself or conquer others, it can’t spawn new settlers to found new cities, it can’t even spawn workers to improve the tiles Saint Petersburg does end up claiming. Truly a next level play.

You can see a screenshot and a serious(™) discussion on the Civ subreddit:

The main thrust of the discussion on this concerns how one would capture the city. The general consensus is that you can use the Spec Ops unit to capture it, as it has the paratrooper ability. This unit is an upgrade of the Ranger (which is an upgrade of the Scout), but it’s only available if you have the Rise and Fall expansion.

Other options discussed include building tunnels, although you’d need the Gathering Storm expansion, and there’s some confusion as to whether you can claim a tile adjacent to a city centre, as you can only build tunnels on tiles you own. Someone else suggested using the Giant Death Robot, which can use the ‘jump’ ability to leap over a mountain tile, but others have suggested you can’t do this to jump directly onto a city centre tile.

There’s no official word on what’s next for Civilization 6. Firaxis has so far declined to comment as to whether it’s working on more Civ 6 DLC, or whether Civilization 7 is finally on the cards.