At Computex 2022, Nvidia announced that DLSS will be coming to Doom Eternal, Red Dead Redemption, and several other games. It was also said that Doom Eternal would receive an RTX update, as it did not have ray tracing support when it released initially. In today’s blog post, Nvidia finally confirmed that Doom Eternal will be getting the update on June 29, but Rockstar’s western action-adventure game will have to wait just a bit longer.

Nvidia’s Deep Learning Super Sampling (DLSS) is a technology that allows for upscaling your graphics to higher resolutions without sacrificing performance. Titles that support DLSS benefit from a wide variety of improvements such as boosted framerates and prettier graphics. All GeForce RTX cards have support for this technology, but only supported games can use it.

Doom Eternal’s RTX update will utilize Khronos Vulkan Ray Tracing for reflections alongside DLSS to make brutally slaying demons as visually pleasing as ever. The world premiere trailer from earlier this month showcased action-packed, raytracing gameplay while running on a GeForce RTX 3080 Ti at 4K resolution. 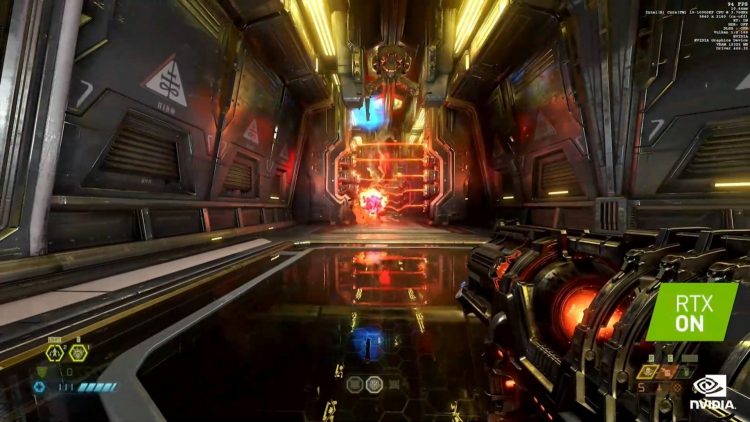 DLSS is coming to the wild wild west.

Red Dead Redemption 2 will also be getting DLSS support. Nvidia hasn’t provided a solid release date as of yet. The game is already a graphical masterpiece and considered one of the best-looking games of all time. Hopefully DLSS will take it to the next level. This update will most likely not release this month but Nvidia claims that it is coming soon. While GeForce RTX players will be getting a free bump in performance with DLSS enabled in Red Dead Redemption 2, there has been no mention of ray tracing so far.

At the moment, over 55 games have DLSS support. Nvidia will add a bunch of other titles in the coming weeks including Rust and LEGO Builder’s Journey.